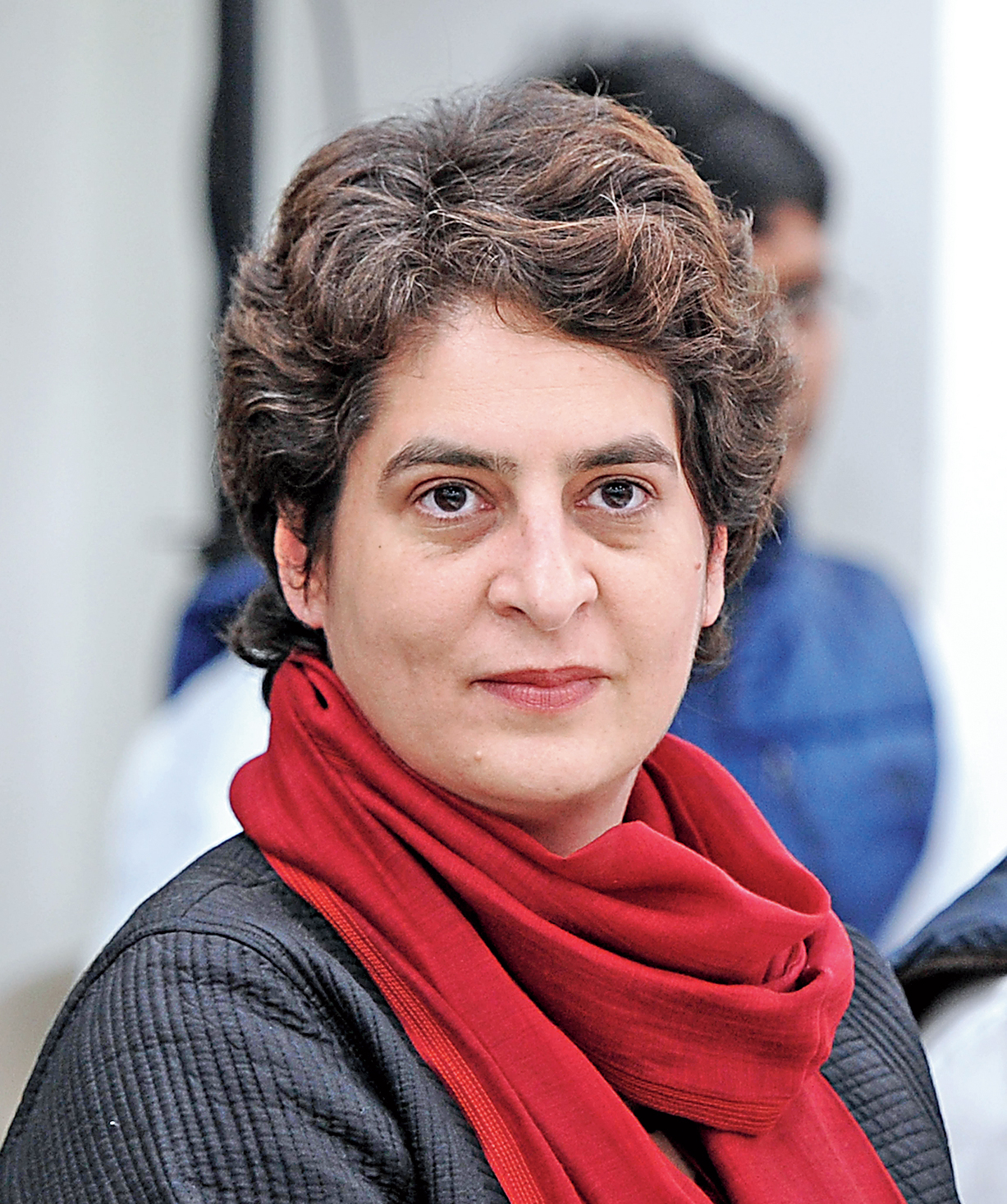 In a letter written to Vadra's private secretary Sandeep Singh, UP's additional chief secretary (home) Awanish Awasthi said, "As per your letter dated May 19, you have expressed your inability to provide buses in Lucknow, and want to provide them in Ghaziabad and Noida."
PTI
PTI   |   Lucknow   |   Published 19.05.20, 07:49 AM

The Uttar Pradesh government on Tuesday asked Priyanka Gandhi Vadra to provide buses for carrying migrants to the district magistrates of Ghaziabad and Noida, as the war of words between the Congress and the state's ruling dispensation over the issue seemed to be subsiding.

The development comes hours after the Congress derided the UP government's demand that the party handover the 1,000 proposed buses to the state administration in Lucknow by 10am Tuesday.

In a letter written to Vadra's private secretary Sandeep Singh, UP's additional chief secretary (home) Awanish Awasthi said, 'As per your letter dated May 19, you have expressed your inability to provide buses in Lucknow, and want to provide them in Ghaziabad and Noida.'

'Please provide 500 buses to the district magistrate, Ghaziabad, by 12.00 noon. The DM Ghaziabad has been informed about this. The district administration will receive all the buses and utilise them,' he said.

The buses should be provided at Kaushambi and Sahibabad bus stands, he said in the letter.

He also said, '500 buses should be provided to the district magistrate of Gautam Buddh Nagar at the ground near the Expo Mart.'

Directions have been issued to the district magistrates to utilise the buses immediately after checking the permit, fitness, insurance, driving licences of the drivers and details of the conductors, Awasthi said.

Reacting to the development, UP Congress convenor (media) Lalan Kumar told PTI, 'It is a victory for the migrant labourers who are stuck at UP's border. We feel happy that they will now be reunited with their families.'

The state government on Monday had accepted the Congress' offer to run 1,000 buses to bring migrant labourers back to the state, a proposal which had triggered a war of words between the two sides.

In a letter to Awasthi early Tuesday morning, Vadra's private secretary Singh said an email was received from the UP official at 11.40pm Monday, asking that the 1,000 buses be handed over at Lucknow by 10am Tuesday.

'In a situation when thousands of workers are walking on the streets and thousands of people have gathered at the UP borders at various registration centres, sending 1,000 empty buses to Lucknow is not only a waste of time and resources but is also inhuman and the product of an anti-poor mindset,' Singh said in the letter in Hindi.

'This demand of your government seems politically motivated. It does not seem that your government wants to help our labourer brothers and sisters who are facing a disaster,' the letter had said.