The division bench will deliver the order at 2pm on Monday 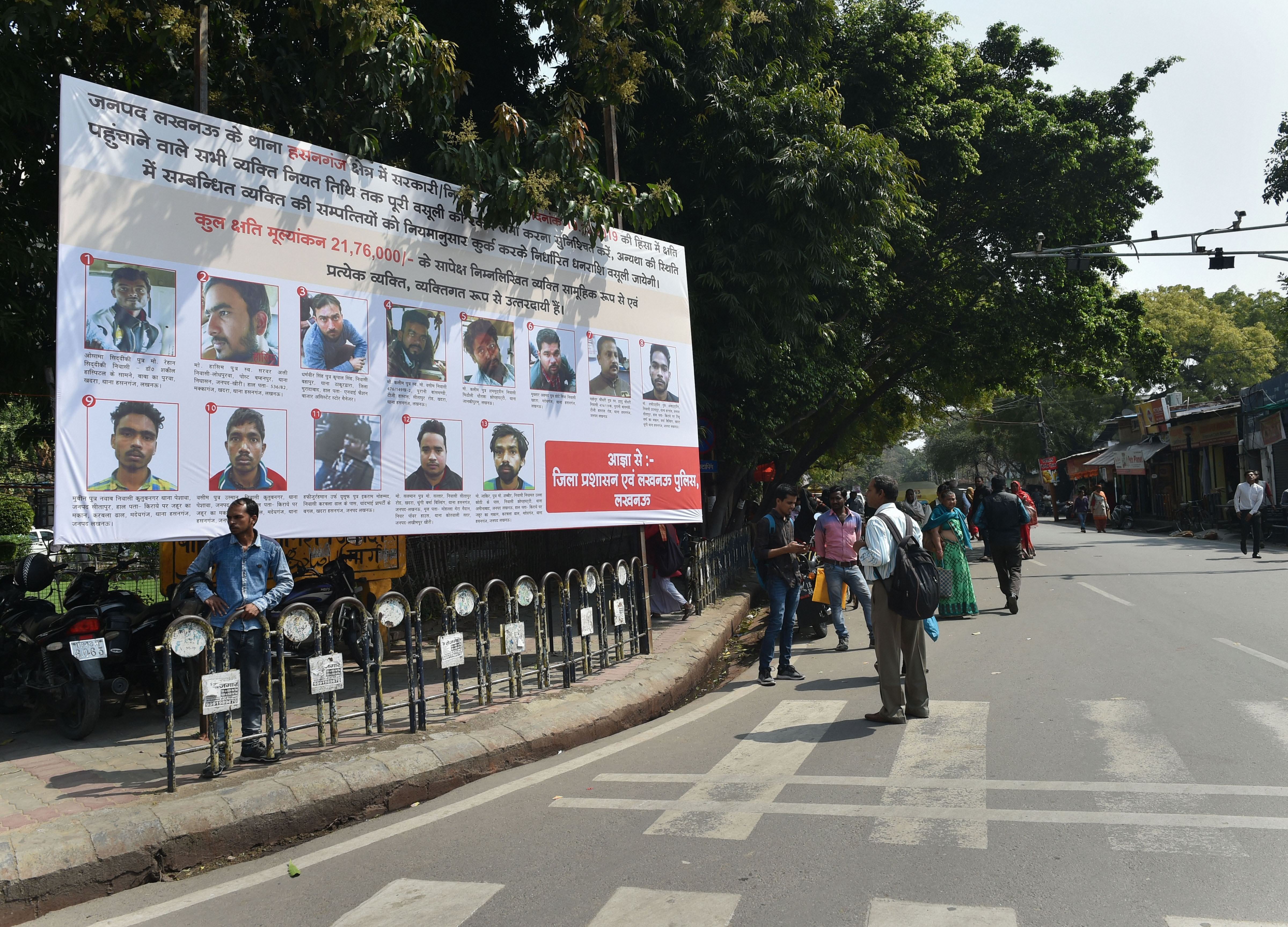 People walk past a poster displaying photographs of those who have been identified to pay the compensation for vandalizing public properties during protests against CAA, in Lucknow, Friday, March 6, 2020
PTI
PTI   |   Allahabad   |   Published 08.03.20, 12:49 PM

The Allahabad High Court on Sunday reserved its order on a plea challenging the state government's move to put up posters of people asked to pay compensation for damage to public property during anti-CAA protests.

A division bench comprising Chief Justice Govind Mathur and Justice Ramesh Sinha said the order will be delivered at 2pm on Monday.

Posters had come up at major road crossings in Lucknow late on Thursday night on the directions of chief minister Yogi Adityanath, an official had said.

In Lucknow, around 50 people were identified by police as alleged rioters and were served notices.

Activist-politician Sadaf Jafar and former IPS officer S. R. Darapuri were among those whose photos appeared on the posters.