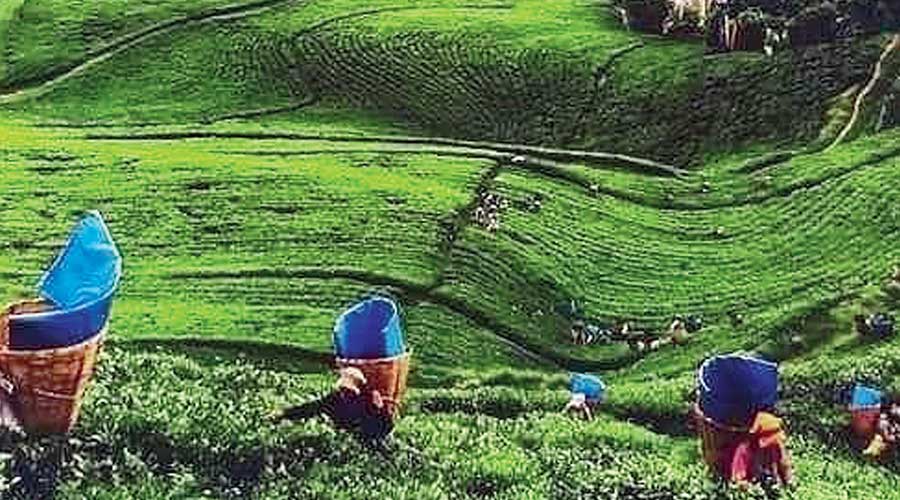 The first flush of tea leaves from the Temi Tea Garden, South Sikkim, has fetched Rs 7,500 per kilo in the open bid online sale of the current cropping season.

This price for the first flush of Temi tea is the highest ever received in an auction in the history of Sikkim’s lone tea garden established by the then kingdom of Sikkim in 1969.

“The Temi Tea estate has already manufactured 10 lots of tea which were placed for open bid sale, one lot of which fetched Rs 7,500 a kilogram and will be exported to South Korea,” stated the management of the garden.

The price difference between this year and earlier years is marked.

“In earlier years, the highest amount fetched used to be around Rs 4,000 per kilo, but this time we were able to get Rs 7,500 for a lot of the first flush,” Ravi Kumar, the managing director of the tea estate, told this paper.

The first flush of tea leaves plucking had started on March 21 and will continue for another 10 days.

The first flush of delicately plucked one bud and two leaves is considered the most premium produce offered by tea estates for bidding. In Darjeeling, Makaibari Tea Estate had sold a kilo of tea for over Rs 1 lakh in the past.

The first flush of Temi tea is popular for its exquisite flavour and taste. First flush of tea is believed to be rich in antioxidants and alkaloids.