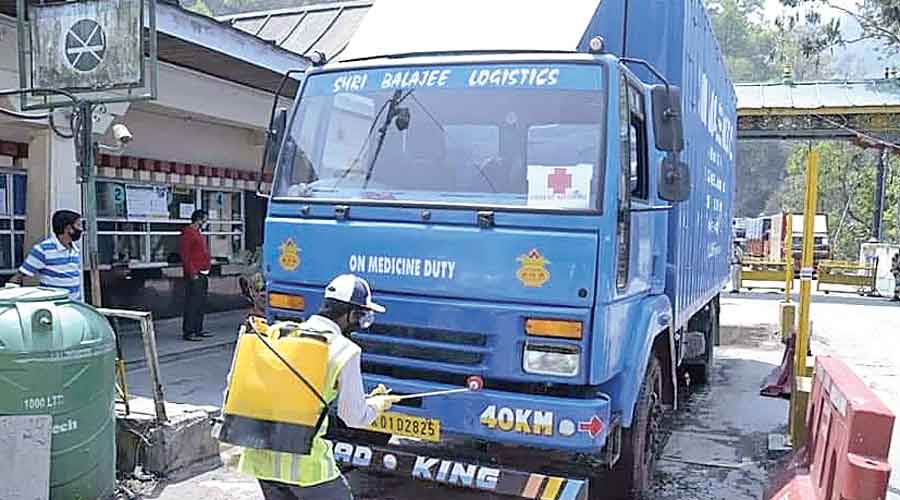 The Sikkim government on Sunday imposed more restrictions, including production of negative RT-PCR reports for all persons entering the state, from Monday till January 24 in view of the steady rise in the number of Covid-19 infections in both the state and the country in the past few weeks.

Sikkim recorded 70 new Covid cases in the past 24 hours, a jump of 55.56 per cent from Saturday’s tally of 45. However, there has been no rise in the death toll which has remained static at 406 since December 23.

A notification issued by the state home department said the fresh curbs were being imposed after reviewing the Covid situation in Sikkim and in light of the Union home ministry’s recent order on containment measures to be followed to tackle the third wave of the pandemic that has been sweeping the country.

While making it mandatory for all persons entering the state to produce negative RT-PCR reports conducted within 72 hours prior to the date of the arrival, the order has exempted central and state government officials on official tours and army and election personnel on duty from the requirement.

“Additionally, the Health Department, Government of Sikkim shall also organize Rapid Antigen Test at all check posts and Pakyong Airport,” added the order.

Foreigners, including those from Nepal, Bhutan and Bangladesh, who have been living in the country for more than seven days will be allowed in on production of negative RT-PCR reports conducted within 72 hours prior to the date of the entry.

Drivers and other staff of commercial and passenger vehicles who commute daily and workers and officials engaged in railway and power projects, too, have been exempted from producing RT-PCR negative reports, but they will have to undergo RAT once in every seven days.

The government also regulated the movement of vehicles by following the odd and even formula for registration numbers. Vehicles whose registration numbers end on odd digits will be allowed to ply on odd dates and those ending with even numbers on even dates. Exemption has been given to some vehicles, including those of the army and other security agencies, and government officials on official tours. Vehicles engaged for commercial and essential services were also given exemption.

All social, political, religious and sports-related gatherings and entertainment-related activities like picnic, mela and tambola have been banned. Sikkim’s tourism and civil aviation minister B. S. Panth was among those who tested positive for Covid on Sunday.

“My dear friends, I am to inform you that I have been tested positive. I will be in complete isolation as per Covid protocol… I am fine and taking medicine,” Panth said in his Facebook post.