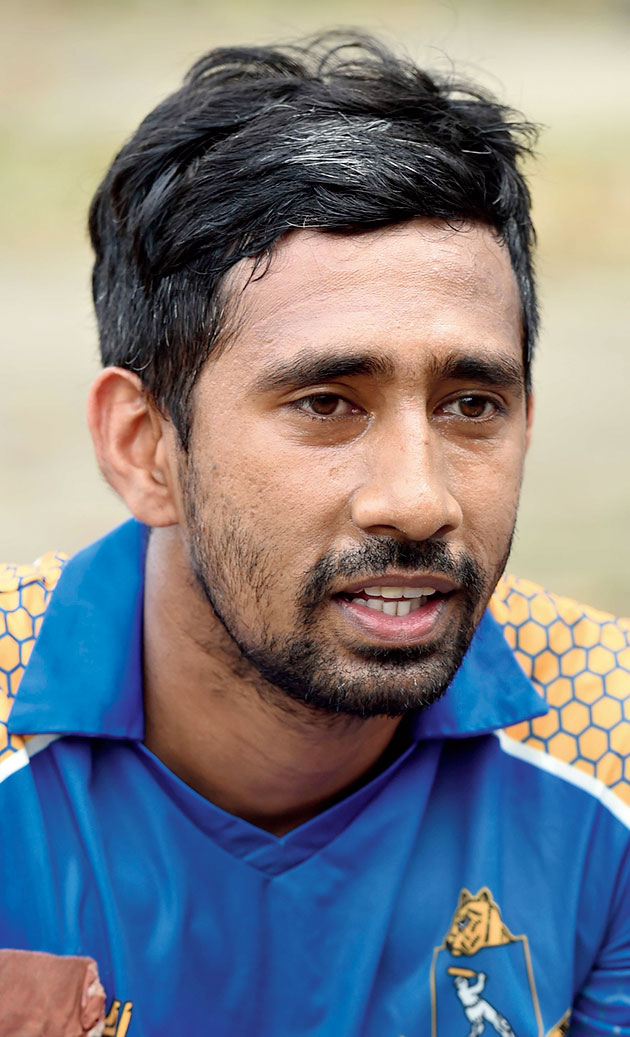 Wriddhiman Saha’s recovery from his finger injury is on track and he will be going to the National Cricket Academy in Bangalore in the first week of January.

The wicketkeeper-batsman, who underwent surgery after sustaining a fracture on his right ring finger during India’s Day-Night pink-ball Test against Bangladesh, turned up at the Eden on Tuesday morning for a little bit of jogging, stretching and light exercises. Saha went about his job while his Bengal team-mates honed their skills on the eve of their Ranji Trophy game versus Andhra.

Confident of his availability for the two Test matches in New Zealand, beginning late February, Saha is keen to play a Ranji Trophy game or two in order to get a feel of a match.

Saha will be going to Mumbai on December 30 for removal of the K-wire (Kirschner wire) — pins used for temporary fixation during surgeries — and then head to the NCA.

“The bandage on the finger will be opened next week after I go to Mumbai to get the K-wire out. I can then find out about the flexibility of the finger, before I go to the NCA in the first week of January.

“After a week or so at the NCA, I should be getting a clearer picture of my recovery process,” Saha told The Telegraph.

“The New Zealand Tests begin on February 21, so there’s still some time left for those matches. I will definitely play the Ranji Trophy once I’m fully fit… If possible, maybe the last two so that I get a match feel before going to New Zealand,” he added.

“But what’s first and foremost is the flexibility of the finger.”

Apart from running and stretching, Saha is currently doing exercises prescribed by Team India strength and conditioning coach Nick Webb in the gym.

“I’m training everyday… Have been training at the Kalighat ground along with gym sessions…In the gym, the exercises are mainly those that Nick Webb tells us to do. All other (India) players have to do them. I believe I’m making good progress,” Saha said.

It was during the Ranchi Test versus South Africa last October that Saha had hurt his finger.