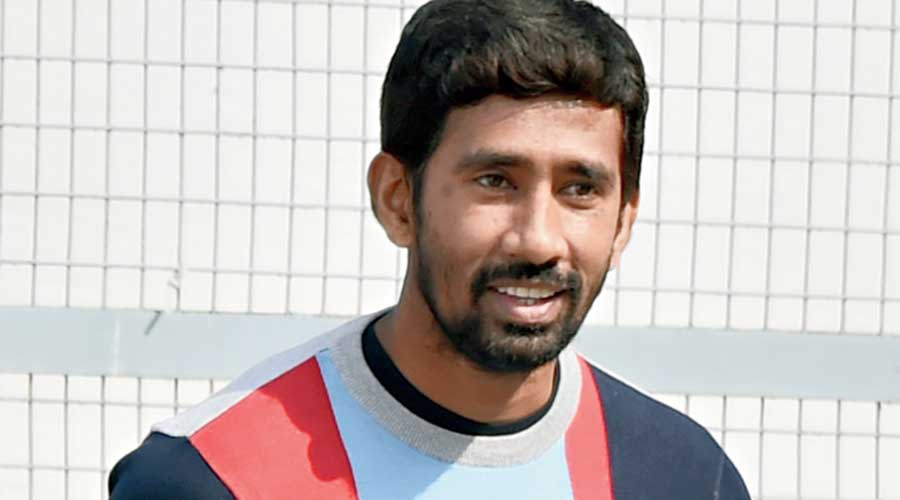 For the first time post Mahendra Singh Dhoni’s retirement, a fit Wriddhiman Saha would not be India’s first-choice wicketkeeper-batsman in Tests when the Virat Kohli-led team plays in England. Rishabh Pant has taken over the big gloves.

But Saha, always a team-man, is not ready to lose sleep over the issue.

“I’m not thinking about that at all. When I played or when I wasn’t part of the XI, I would take it all as the team management’s call. I still see it the same way. The team’s success always gains top priority and then comes personal choice,” he told The Telegraph before joining the Indian team’s quarantine in Mumbai.

“The team has been successful recently only because it stuck to the winning combination. Yes, you may have one or two changes, but the core group has to remain same for the team to maintain such consistency,” Saha said.

India will first take on New Zealand in the World Test Championship final and that will be followed by a five-Test series against England. 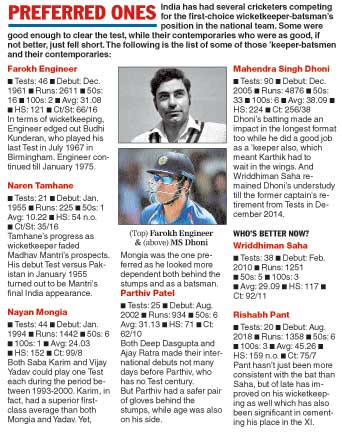 But doesn’t being on the reserve bench, away from action, put one under pressure? There is obviously an element of uncertainty when one is out of the team. But Saha has always shouldered arms to pressure.

“These experiences happen when you are out with injury for a long time, which happened to me in 2018 (after undergoing a shoulder surgery). If someone coming in as your replacement does well, it’s natural for that individual to continue.

“Yes, if my replacement didn’t succeed, I might have been back very soon. For instance, Dinesh Karthik had got a few chances, but he couldn’t do satisfactorily. But then Rishabh made use of the opportunities and delivered for the team, which is massive,” the 36-year-old Saha explained.

“So I don’t really think on these lines. I’m just a part of the team and I will keep training hard. which is my main job.”

Batting-wise, Pant’s ability has usually been viewed as superior to that of Saha by most. But even behind the stumps, Pant has been quite impressive of late, especially during the home series versus England, where he rarely made mistakes.

“If a player gets more chances and game time, he’s sure to gain in extra confidence which then enables him to get better and do well consistently,” Saha pointed out.

“If someone plays on a continuous basis, it’s obvious he will grow in confidence. In Rishabh’s case, that has helped him understand the technicalities of wicketkeeping as well and deal with them better,” he added.