An engineer by profession, Manasi lost her left leg in an accident in 2011 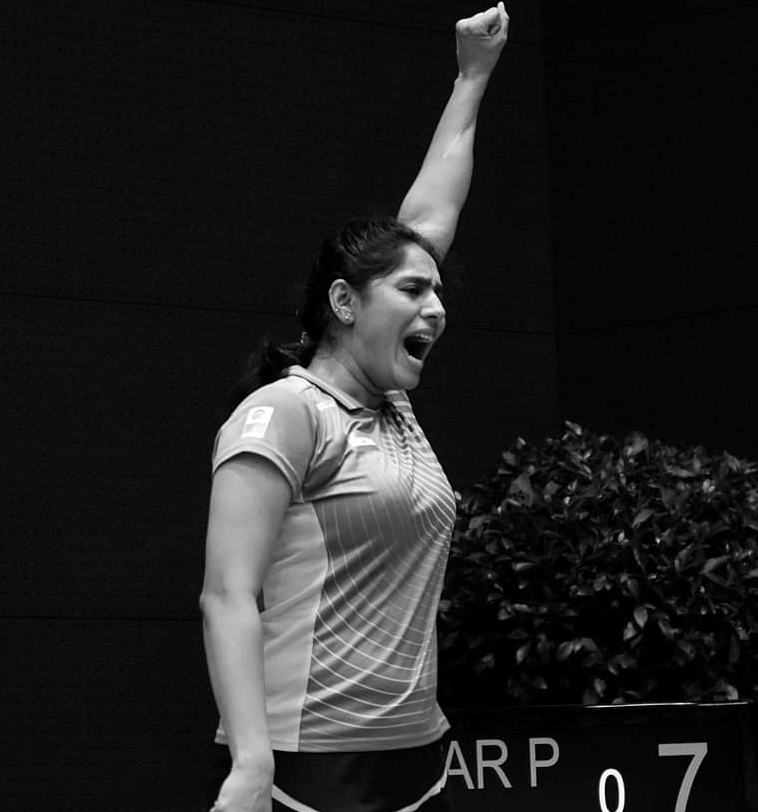 “I earned it. Worked every bit for it,” tweeted Manasi Joshi after she won the BWF para-badminton World Championships on August 25 — the very day that P.V. Sindhu clinched India’s first-ever gold at the BWF World Championships. It was a day of historic “double” for the country.

Manasi’s is a story of grit and determination. Of being ready to deal with whatever life serves you.

An engineer by profession, Manasi lost her left leg in an accident in 2011. Therein started the story of a fight which culminated with the 30-year-old standing on top of the podium in Basel.

From where did she derive the mental strength to face such a reverse in her life? “Credit goes to my family — my parents and my two siblings,” Manasi told The Telegraph. “They pushed me, encouraged me, did not

allow me to wallow in self pity. They were — and still are — the power behind all my achievements.

“Then there are books from which I drew motivation. Books like Les Misérables, Crime and Punishment, The Colour Purple and The Little Prince, to name a few. Harry Potter, too, has been an inspiration for me,” she smiles.

“And finally, sports, which has changed my whole perspective towards life.”

Badminton, initially, was just an extra-curricular item for her, a way to keep herself fit.

It was much later after the accident that she took to the game seriously. She joined the Pullela Gopichand Badminton Academy and is extremely grateful to “Gopi Sir” and her two coaches, Rajendra Kumar and Hary Muliono, along with her fitness trainer Raju for having given their 100 per cent and more to take her where she is today.

Para sports often suffer due to lack of financial support. The government does not have the funds to spare at the grassroots level. Manasi pleads for both the government and corporate houses to join hands so that athletes don’t suffer, never feel they don’t have support.

Manasi would like to draw attention to a few problems that para athletes face.

“Walking is a basic requirement, our birthright, is it not? Then why do we have to pay GST on prosthetics? I make an appeal to the GST Council to waive taxes on wheelchairs and prosthetic devices.

“Today our country is technologically much advanced. We are sending missions to Mars and to the moon. Engineers and technical experts should come up with indigenous technology to make prosthetic devices more pocket-friendly for the thousands who require artificial limbs but cannot afford them.”

Manasi uses two sets of prosthetics — one for walking and the other for playing.

“The walking prosthetics cost Rs 22 lakh and last about 5-6 years while the one I use during playing costs about Rs 4-5 lakh and the durability depends on use.

“I am thankful to my sponsors, Mallcom and Welspun, for having supported me all through the way, as have my employers, BPCL.

“But not everybody has such support. Even insurance companies need to come forward and insure the prosthetics, which, so far, they don’t.”

While she prepares to qualify for the Paralympics in the mixed doubles category (singles do not feature in Tokyo Paralympics’s badminton event), what would be her advice for all sportspersons in general?

“The very fact that they have opted for sports is a bold decision. They must push themselves in the right direction, must find the right mentor to guide them forward and must, under no circumstances, get involved in politics,” Manasi said.