Spain are second in their qualifying group, two points behind Sweden and need victory in their last two games to guarantee top spot and a place at the tournament finals in Qatar 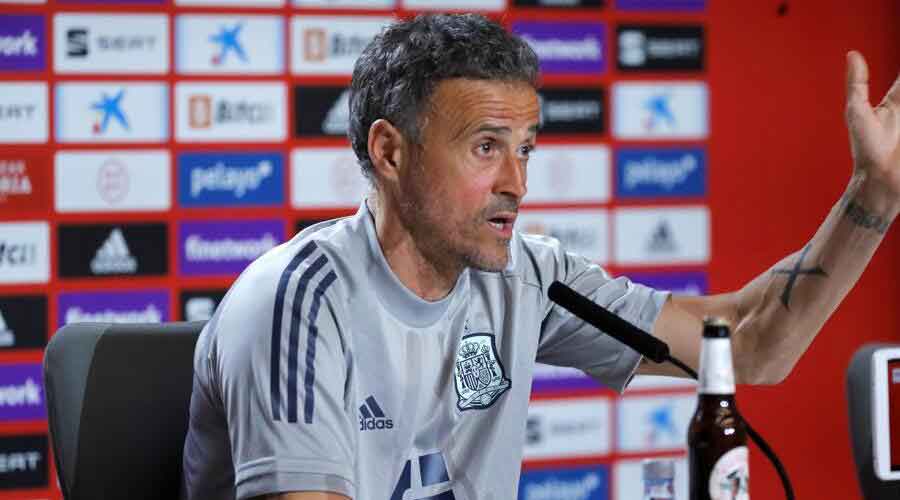 Spain coach Luis Enrique recalled Dani Carvajal to his squad on Friday for their remaining World Cup qualifiers against Greece and Sweden, the first Real Madrid player he has selected since March. Right back Carvajal missed the majority of last season due to a series of injuries, making only 15 appearances in all competitions, and also sat out Spain’s European Championship campaign.

Luis Enrique has selected no players from 13 times European Champions Real Madrid in his last three squads, including at the Euros where Spain reached the semi-finals.

Spain are second in their World Cup qualifying group, two points behind Sweden and need victory in their last two games to guarantee top spot and a place at the tournament finals in Qatar. “I’ll be honest, I feel the pressure. Bigger than in the Uefa Nations League final stage. We’ll be playing to be in a World Cup,” Luis Enrique told a news conference in Madrid on Friday.

“Our group of players is young but they are also experienced and mature, with enough international baggage to handle this kind of responsibility.” Spain face Greece away on November 11 before hosting Sweden three days later.

In Amsterdam, Netherlands coach Louis van Gaal dropped long-time back-up goalkeeper Tim Krul as he named a 24-player squad on Friday. The Dutch take on Montenegro in Podgorica on November 13 and Norway at home in Rotterdam three days later, seeking to top Group G and qualify for next year’s finals in Qatar.

The Netherlands have a two-point lead over second-placed Norway in the standings after winning their last four qualifiers.