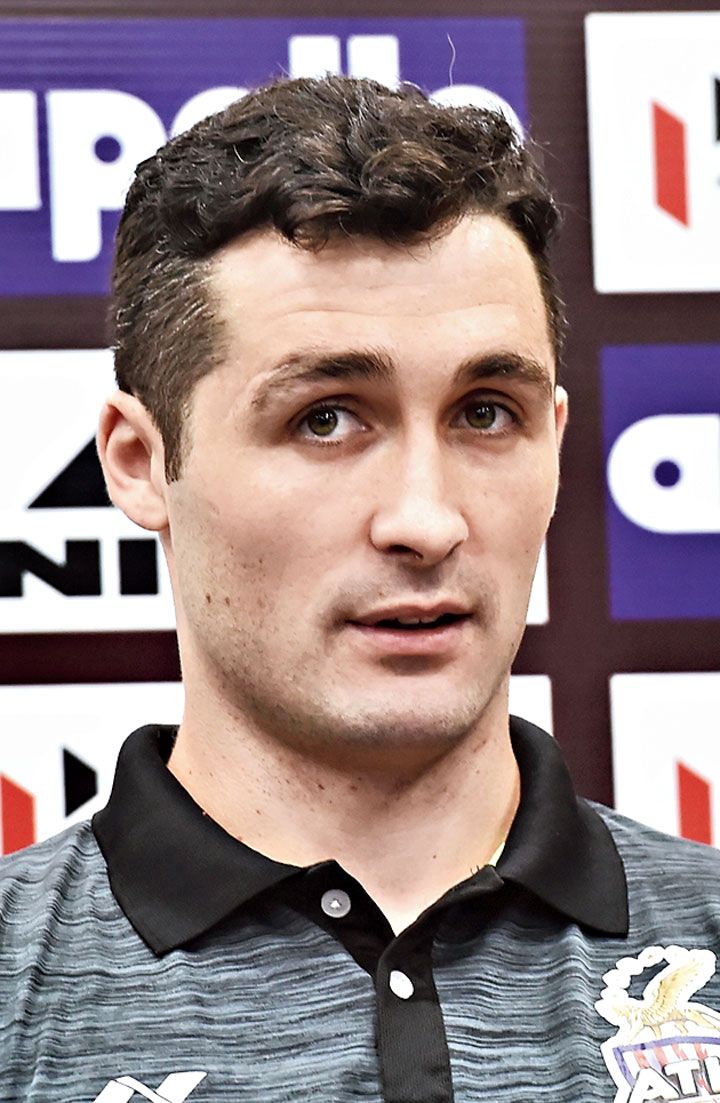 ATK’s new signing Carl McHugh said a longer league and improving standards are the two reasons why he decided to play in the ISL at his prime.

The 26-year old central defender, who can play at left-back position and as midfielder, was roped in by the two-time champions from Scottish Premiership side Motherwell ahead of ISL VI. McHugh scored on his debut in the league in ATK’s first game away at Kerala Blasters, but they ended up losing 1-2. The city-based side, however, bounced back in style with a 5-0 rout of Hyderabad FC at home in their last outing.

Ahead of their third game, away to former champions Chennaiyin FC on Wednesday, McHugh said the league lasting for six months now is a big attraction for foreign players who are still in their prime.

“The season becoming longer — it was three months before and now it’s six months — is something that becomes attractive to the players. What I have learned after speaking to some players who have been here since the beginning is that the standards have improved.

“So the younger players, during their best years, like me are coming in and doing really well here,” McHugh said during a media interaction on Monday. ATK fly out to Chennai on Tuesday.

Talking about his move to India, McHugh said: “I was at a place in my career where I needed a new experience. I played in England, I played in Scotland for three years. This time I wanted to experience a new thing and I had heard only good things about this league. “I have really enjoyed the experience so far, really enjoyed the atmosphere here and looking forward to the rest of the season.”

ATK head coach Antonio Lopez Habas, though, is not reading too much into the convincing win against Hyderabad FC. “Football is changing every minute. Chennaiyin did not score in the first two matches, but they can score in the next match.

“For me, statistics is not important. The important thing is our performance in the 90 minutes. No match is easy and with that kind of mentality, we have to go to Chennai,” he said.

ATK missed a series of chances against Blasters, but Habas is not worried. “One day you get chances but cannot score and there will be a match where you get one chance and you convert that. Football is like that.”