With Jasprit Bumrah back in his elements and T. Natarajan putting an end to Marnus Labuschagne’s stay, Wednesday’s events did wonders improving the team's morale 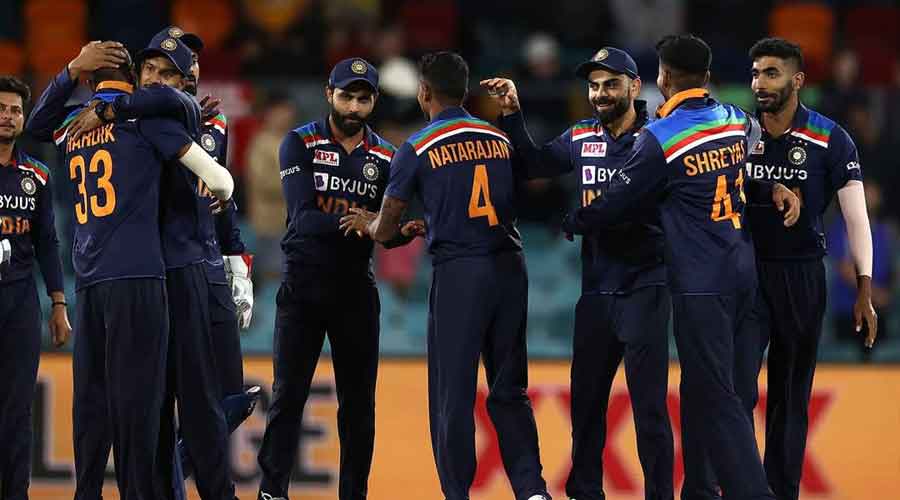 A win can always do wonders to improve the morale of the team and Wednesday’s events at the Manuka Oval in Canberra will bear testimony to that.

Coming as it did after five consecutive defeats in ODIs — including the two opening matches, which led to conceding the series — Virat Kohli’s men showed character in bouncing back.

Deciding to bat first, India were five down in 32 overs, staring at a below-par total, when Hardik Pandya and Ravindra Jadeja came together to put on an unbroken 150-run stand. As India reached 302 for five in 50 overs, Pandya ended up with a career-best unbeaten 92 off 76 balls, and Jadeja contributed a 50-ball 66.

Australia’s chase went similar to India’s innings, their fourth wicket too falling at 123, but the regular dismissals hastened their downfall. They ultimately fell short of the target by 13 runs. Even a flamboyant 59 off 38 balls by Glenn Maxwell and an edgy 75 off 82 balls by captain Aaron Finch couldn’t save them.

Debutant T. Natarajan put an end to Marnus Labuschagne’s stay forcing an inside edge onto the stumps for his maiden ODI scalp. It was the first time in six games that India had picked a wicket in the Powerplay.

With Jasprit Bumrah back in his elements, troubling the batsmen with steep bounce and discipline, the hosts found the going tough.