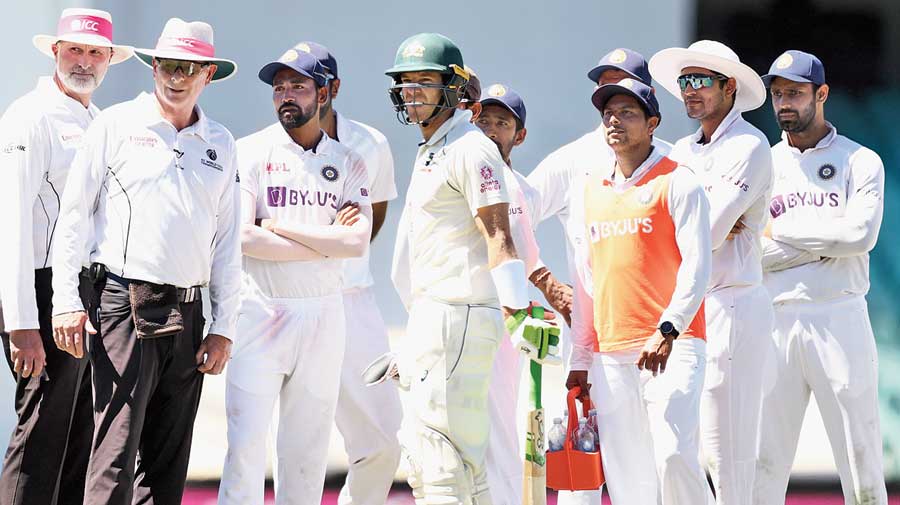 Paine had joined the Indian team’s huddle after Mohammed Siraj was subjected to racial abuse during the fourth day of the third Test at the Sydney Cricket Ground.

“It was nice to have Tim out there when that incident happened. He’s a class act as we know. The game of Test cricket is always going to be played tough but there’s been a really good feeling amongst both teams and let’s hope that continues,” Langer said.

Paine was batting at the time.

The former Australia Test opener was disappointed that incidents like these are threatening to tarnish a hard-fought series.

“We saw it throughout the white-ball series, both series. And we’ve seen it through this Test series. I was interviewed before the summer started (and was asked) what would be the perfect outcome and I mentioned that this series, with everything that’s happening around the world, would be played with great sportsmanship and with that great spirit that I’m talking about.

“I think we’ve seen that, haven’t we? It’s been great to watch,” Langer said.

Paine was, however, fined 15 per cent of his match fee for showing dissent at the umpire’s decision following a failed review on Saturday, the ICC said on Sunday.

Paine was found to have breached article 2.8 of the ICC Code of Conduct.