‘As series hosts, we unreservedly apologise to our friends in the Indian cricket team’ 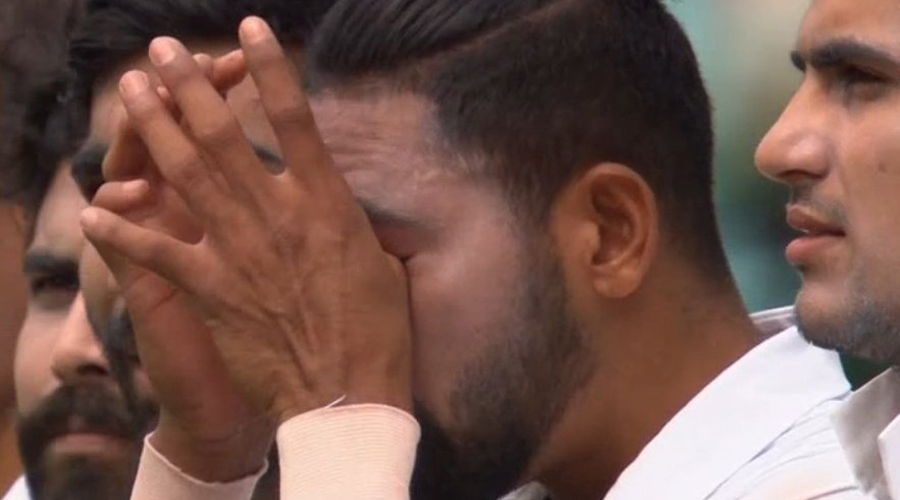 Just a day after the BCCI lodged a formal complaint with ICC match referee David Boon over racial abuse, a similar incident was repeated on Sunday when pacer Mohammed Siraj complained of the same at the SCG during the fourth day of the Test. This led to the expulsion of some spectators and an unreserved apology from the host board.

Six people were asked to leave the ground by the security during the nearly 10-minute halt at the play for the on-ground proceedings, reported local media.

“As series hosts, we unreservedly apologise to our friends in the Indian cricket team and assure them we will prosecute the matter to its fullest extent,” Carroll stated.

During the second session of the fourth day, India players huddled in the centre after Siraj, standing at the square leg boundary, complained of abuse after being hit for two consecutive sixes by Cameron Green in his over.

This prompted the security personnel to enter the stands and look for the mischief monger before a group of people was asked to leave the stands.

“If you engage in racist abuse, you are not welcome in Australian cricket. CA is awaiting the outcome of the International Cricket Council’s investigation into the matter reported at the SCG on Saturday,” Carroll said.

“Once those responsible are identified, CA will take the strongest measures possible under our Anti-Harassment Code, including lengthy bans, further sanctions and referral to NSW Police,” he added.

Hours later, the ICC also condemned the act and sought an action taken report from CA.

"The International Cricket Council (ICC) has strongly condemned reported incidents of racism during the ongoing third Test match between Australia and India at the Sydney Cricket Ground and have offered Cricket Australia all necessary support in investigating the incidents," the apex body said in a statement.

“There is no place for discrimination in our sport and we are incredibly disappointed that a small minority of fans may think that this abhorrent behaviour is acceptable.

“We have a comprehensive Anti-Discrimination Policy in place that Members have to abide by and ensure is adhered to by fans and we welcome the action taken by ground authorities and Cricket Australia today,” it said.

“We will provide Cricket Australia and the relevant authorities with our full support in any ensuing investigation as we will not tolerate any racism in our sport.”

The umpires -- Paul Reiffel and Paul Wilson-- also intervened and were seen chatting with the players. No objects were directed at the players though.

“We are taking this extremely seriously. If those involved are identified, they will be banned from the SCG and all Venues NSW properties under our act,” she said.

On expected lines, the Indians were not amused by the unsavoury incident involving their players before those responsible for it were evicted from the stands.

It came to light after Siraj, in only his first tour with the Indian team, walked up to his captain Ajinkya Rahane and the on-field umpires and complained to them about what he was being subjected to in the same area behind him on Saturday.

Keeping his arm around his young pacer’s shoulder, Rahane was seen pointing at one section of the stands while talking to the umpires even as the security officers got involved.

On the third day of the match, Siraj was allegedly referred to as a “monkey” by a drunk spectator in one of the stands, reviving memories of the infamous Monkeygate episode of the 2007-08 series.

Incidentally, the Monkeygate episode also took place during the Sydney Test when Andrew Symonds claimed Harbhajan Singh hurled the racist slur at him multiple times. But the Indian off-spinner was cleared after a hearing on the matter.

On Saturday, the abuses were directed at the Indian duo while they were fielding during the Australian second innings.

Australia declared their second innings at 312 for six, setting India an improbable victory target of 407 to regain lead in the four-match series.