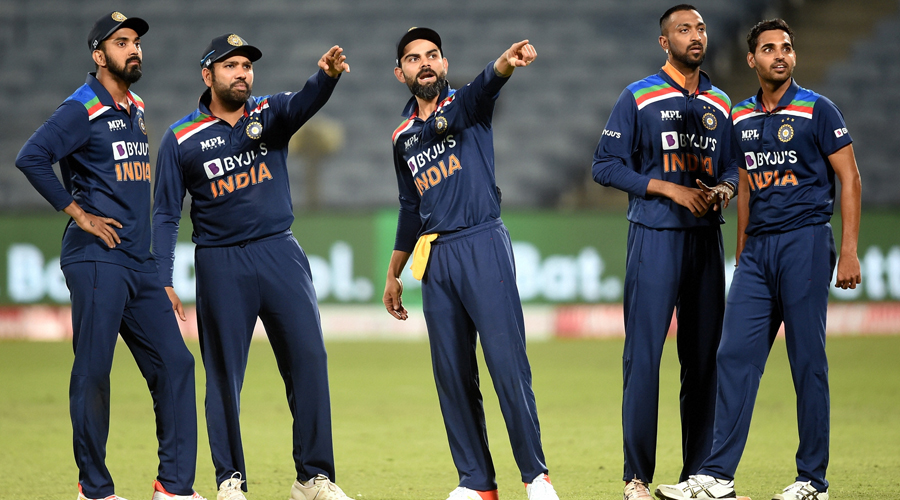 Iconic former captain Mahendra Singh Dhoni was on Wednesday brought in as mentor of India's 15-member T20 World Cup squad by the BCCI, a move that took everyone by surprise.

"Former India Captain MS Dhoni to mentor the team for the T20 World Cup," announced BCCI secretary Jay Shah in a press conference to unveil the squad for the event scheduled to start October 17 in the UAE and Oman.

"(I) spoke to him in Dubai. He agreed to be mentor for WT20 only and I discussed with my colleagues and all are on same page. I spoke to captain (Virat Kohli) and vice captain (Rohit Shamra) and everyone agreed," he added.

It is believed that he has brought for his experience in devising white ball strategy and also knowing how to win crucial ICC tournaments which has not been the case with his successor.

One of the most successful captains in the history of Indian cricket, the enigmatic wicketkeeper-batsman led India to two world titles -- the 2007 T20 World Cup in South Africa and the 2011 ODI World Cup in India.

The 34-year-old Ashwin last played white-ball cricket for India in 2017.

Kishan and Chakaravarthy have been rewarded for their consistent performance in the IPL and the few opportunities they got with the Indian team.

The T20 World Cup starts October 17 in the UAE and Oman.