Sweep success at home made sweeter by Siraj 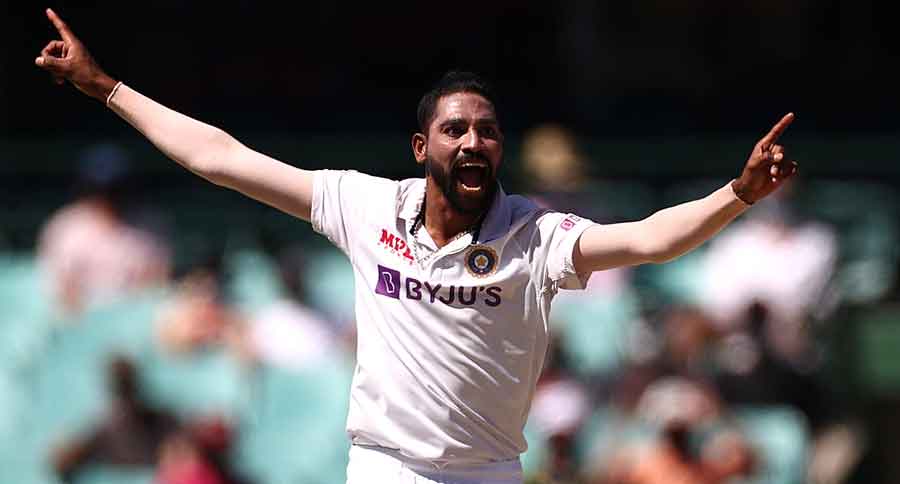 Ravichandran Ashwin showed on Monday it’s not impossible to bat on the M.A. Chidambaram Stadium pitch if you possess the right technique, temperament and intent. While the wily off-spinner planned his innings that spanned 235 minutes to perfection, it was Mohammed Siraj’s celebration that won the hearts once Ashwin reached his fifth Test hundred.

Walking in at 106/6, Ashwin showed a lot of composure to stitch an important partnership with Virat Kohli. After Virat’s dismissal, two more wickets fell quickly and it looked like Ashwin might not reach his hundred.

But Siraj responded well once Ashwin managed to convince the No.11 batsman to play responsibly. It was nothing new for Ashwin who had got to a century in the company of Ishant Sharma in the past.

“In the past, he’s (Ishant) been with me when I got hundreds at home and once Siraj came, I knew how to approach. I told him to go through the line of the ball.

“It was amazing to see how excited he was when I got my hundred. I don’t know what the team is feeling like but I am sure they are thrilled,” Ashwin said after the match.

Ashwin notched up a Test century after almost five years. His previous hundred came against the West Indies when he scored 118 off 297 balls in the third Test at Gros Islet in 2016.

“He has been very very helpful in terms of trying to explore new options,”

Ashwin said. “As it is I am someone who tries a lot, and he is facilitating me to go out and express myself and explore various options. I’d love to credit him for my batting in the last four-five Tests.”

After losing the series-opener, the team management discussed ways to counter left-arm spinner Jack Leach, according to Ashwin, who was happy that his sweep shots came through well. “I will sleep well through the night, that is all that I am thinking,” he said.

“After the last Test we were talking about how we are going to counter Leach and probably start bringing in the sweep. The last time I swept was when I was 19 years old. And I missed a couple of sweep shots, got dropped from the side and didn’t play the sweep for the last 13-14 years...

“(I’ve) been practising only that shot over the last week to 10 days. The wicket is such that you can get your runs square.”

Scoring a hundred in front of his home crowd was a dream come true and Ashwin didn’t hide his exuberance.

“I don’t know when the next Test is going to be here, but I am pleased. Don’t know if I will play another Test in Chennai, and if at all, when...”