Step by step, on resurgence route 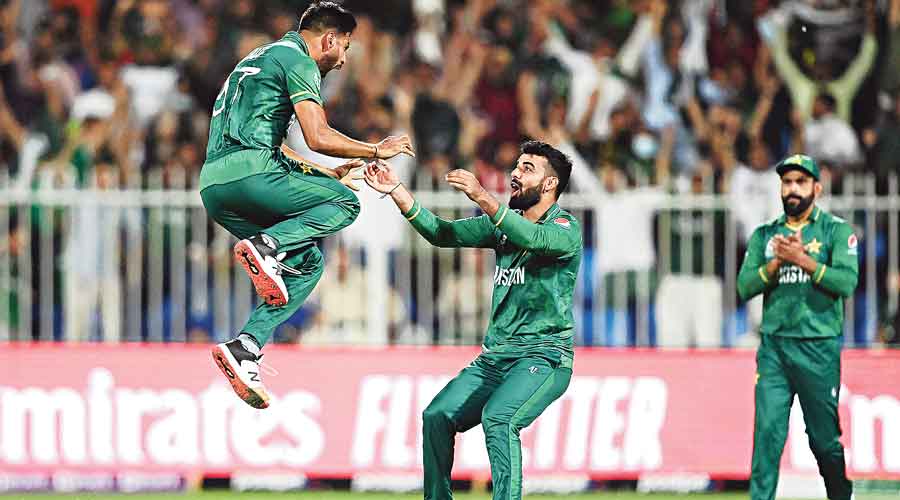 Whether Pakistan lifts the trophy on Sunday or not, the team's success is a big step towards the resurgence of Pakistan cricket.
File photo
Sayak Banerjee   |   Calcutta   |   Published 10.11.21, 04:18 AM

Few could have predicted, as Inzamam-ul Haq rightly said, that Pakistan would put up such a “zabardast” performance in the T20 World Cup.

The build-up to the mega event was hardly ideal for them. The Pakistan Cricket Board was just getting acquainted with its new chairman, Ramiz Raja, when New Zealand and England dropped bombshells by abandoning their respective tours of the country in the last minute. Besides hurting the team’s preparation for the World Cup, it also was a direct hit on Pakistan’s image, one that they were painstakingly trying to rebuild.

But the challenges and odds did not demoralise them, rather it spurred them on to make a statement to the rest of the cricketing world, especially to those who are always on the lookout to portray Pakistan cricket in poor light.

For sure, whether captain Babar Azam lifts the trophy on Sunday or not, the success his team has achieved so far in the ongoing T20 World Cup is certainly a massive step towards the resurgence of Pakistan cricket as a whole.

Hard work and humility have been the guiding forces of this Pakistan team. They have relied primarily on collective effort and not on individual brilliance from superstars (exactly opposite of how neighbours India approached the tournament).

But which road did Pakistan take to stage a fine resurgence?

“Pakistan’s performance in T20 cricket hasn’t been much of an issue. We were one of the top-ranked sides in this format from 2016 till 2019,” former Pakistan all-rounder and bowling coach Azhar Mahmood told The Telegraph from Islamabad on Tuesday.

“Not to take names, but some of the decisions that the erstwhile Board (Pakistan Cricket Board) officials took at that time, like making unnecessary changes in the squad along with change in captaincy and so on, went on to affect our team’s performance.

“However, the core group of our players has remained the same. Most of the players who were there during the 2019 (50-over) World Cup are still present and have also been performing. So being able to maintain that core group has worked really well for Pakistan, blending youth and experience perfectly,” Mahmood, who played  21 Tests and 143 ODIs, explained.

Raja, the current PCB chairman, and the coaching staff, led by Saqlain Mushtaq, allowing the players to express themselves and making skipper Babar feel empowered too are important factors, Mahmood pointed out.

Besides, in terms of captaincy, Babar has been impressive. “He has silenced his critics,” Mahmood stated.

“Becoming captain at a young age, we saw even Sachin (Tendulkar) struggle a bit. But Babar hasn’t let captaincy affect his batting.”

Left-arm quick Shaheen Afridi’s fiery first spell in which he knocked over Rohit Sharma and KL Rahul early set the tone and played a significant role in shaping Pakistan’s fortunes in this World Cup, Mahmood agreed.

“Well, Shaheen is an exceptional bowler in the first place and yes, that spell indeed mattered as we all know losing such a game leads to a backlash in both countries.”

Inconsistency and unpredictability have troubled Pakistan cricket for decades. But on this occasion, they have maintained the intensity, keeping their focus till the very last moment of their final Super 12 game versus Scotland.

They have in fact hardly put a foot wrong in any of the matches since thumping India in their opening game.

“Each individual has a mindset of his own. If we are unpredictable, I think the reason behind that ranges from cricket in our schools along with many other aspects in our country. It’s not just about cricket,” said wicketkeeper-batsman and opener Mohammad Rizwan.

“If all of us come together, including the common people and those in politics, and also the schools and hospitals, our sports and our country as a whole will keep climbing up the ladder,” Rizwan, who has been glorious form with the bat in the World Cup, added.