During the second and third singles matches — played by Srikanth and Prannoy, respectively — the duo were keenly following the instructions given by the 37-year-old 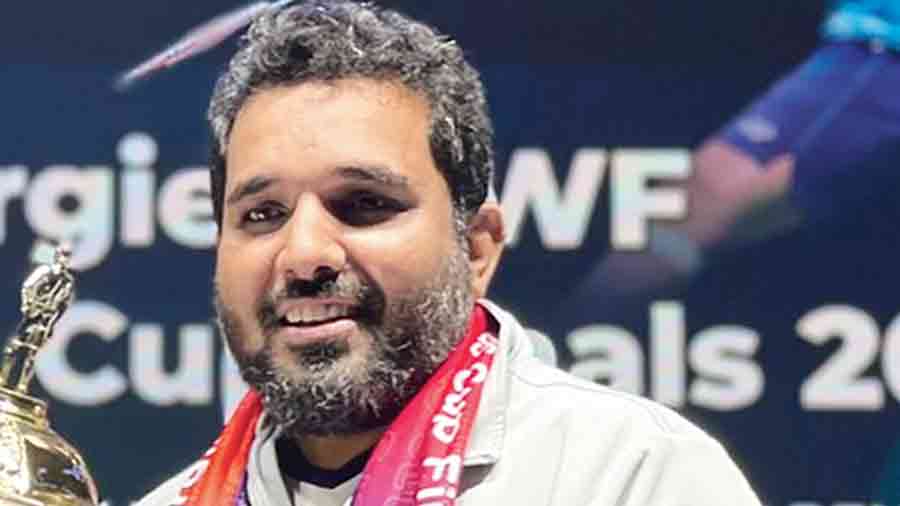 India’s men’s singles coach Mohammed Siyadath Ullah has been the silent No. 2 in the support staff of the Indian badminton teams.

After Indonesian Agus Dwi Santoso quit as coach of the men’s singles team late last year, India did not have a dedicated coach. Pullela Gopichand has been working with the likes of Kidambi Srikanth and HS Prannoy along with Siyadath who is part of the academy run by Gopichand, the chief national coach.

During the second and third singles matches — played by Srikanth and Prannoy, respectively — the duo were keenly following the instructions given by the 37-year-old Siyadath. Korean Yoo Yong-sung was at the corner during Lakshya’s matches.

“I have been working with them for a long time and we know each other very well,” Siyadath told The Telegraph on Sunday.

Siyadath said Gopichand’s meticulous planning played a huge role in the Bangkok success. “Gopi Sir’s planning on how we should go about it in the Thomas Cup was of immense help. All the nine players — Lakshya Sen was preparing in Bangalore — were focussed on the job during the camp in Hyderabad.”

According to Siyadath the victories in the first doubles match (played by Satwiksairaj Rankireddy and Chirag Shetty) in the knockout rounds tilted the balance in India’s favour. “The first doubles match was very important. I knew we have a very good second singles player in Srikanth. So I felt if Rankireddy and Chirag win us the doubles, we can take the battle to the opposition camp. Prannoy was expected to hold firm if the match went to the decider,” he said.

Siyadath said he had his heart in his mouth when Prannoy slipped and injured his ankle against Denmark. “I thought it would be as good as over. But he showed tremendous grit in playing through the pain.”

This was Siyadath’s second gold as coach in a team event. “My first was the Commonwealth Games gold medal (mixed team) in 2018,” he said.