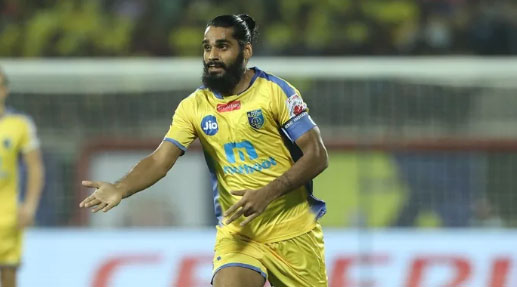 But the ISL club as well as the player’s representative are confident that it’s a matter of time — could be this weekend also — before the Arjuna Award-winning India defender puts pen to paper.

Jhingan is keen to ply his trade in Europe — Portugal being the preferred place — but the pandemic may force him to wait till the summer of 2021.

According to a source, a clause needs to be incorporated in the contract which would give Jhingan the right to terminate the agreement if he seeks a transfer to a foreign club or play on loan to a club outside India from next summer.

It has been learnt that ATK Mohun Bagan have no problem with that since they have been after the dependable defender for a long time.

Jhingan played for Kerala Blasters from 2014, the inaugural year of the Indian Super League. In May, he mutually terminated his contract. He is likely to sign a five-year deal and the amount could be in the range of Rs 6 crore. One ATK Mohun Bagan source said to sign a player of his stature is always a win-win situation.

“We have always been keen to sign the country’s No. 1 defender. Yes talks are at an advanced stage but unless the deal is sealed, you can never be certain,” the source told The Telegraph on Friday.

ATK Mohun Bagan have already shored up the back-four during the off-season by signing Tiri from Jamshedpur FC and Subhasish Bose from Mumbai City FC.

Unfortunately, in the build-up to the India-Bangladesh match played on October 15 at Salt Lake Stadium, he suffered a knee injury and had to go under the scalpel.