The captain equalled the legendary Pele with his international goal 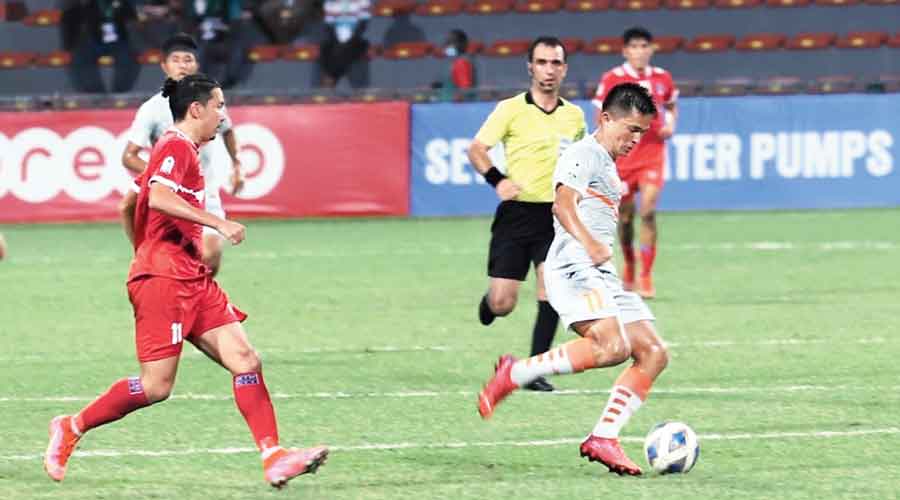 Captain Sunil Chhetri equalled the legendary Pele with his 77th international goal as his 83rd-minute strike helped India beat Nepal 1-0 and saved his side from elimination in the SAFF Championship here on Sunday.

The 37-year-old Chhetri, playing in his 123rd match for India, struck a late goal to place himself on a par with the Brazilian great (77 goals from 92 matches).

He is now joint third with UAE’s Ali Mabkhout (77) on the list of highest scorers among active footballers, behind Cristiano Ronaldo (112) and Lionel Messi (79). 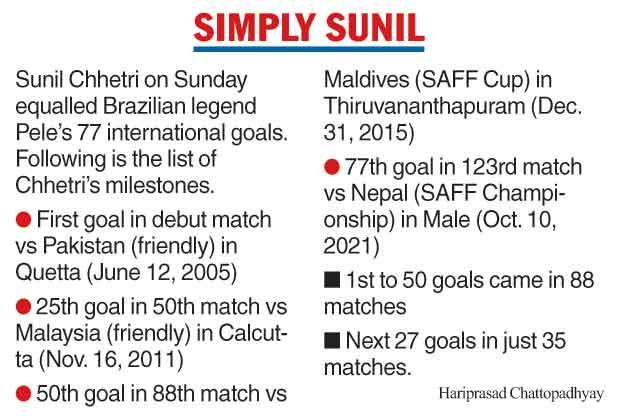 Substitute Farukh Chaudhary somehow managed to win a header from a long throw-in and directed it towards the centre of the six-yard box where Chhetri found himself at the right place to fire the ball past Nepal gaolkeeper Kiran Limbu.

India are now at third spot with five points from three matches in the five-team table.