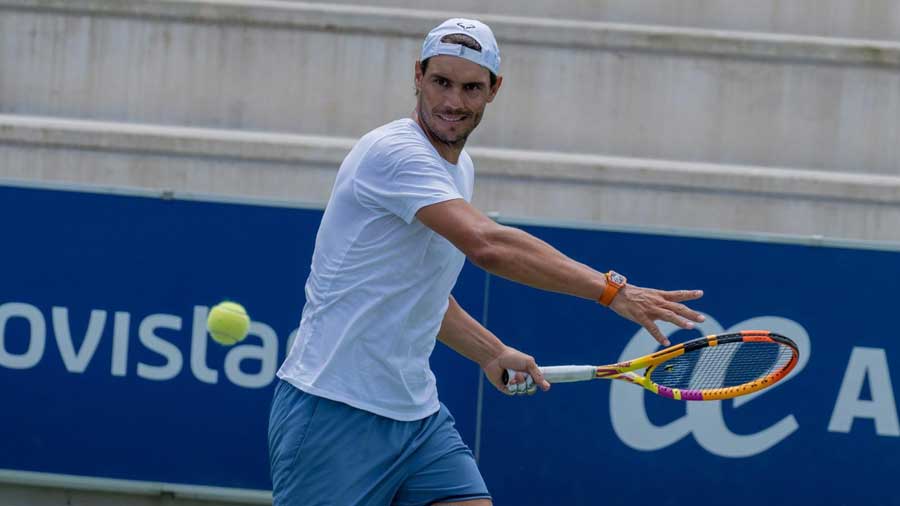 Austria’s Dominic Thiem produced a stunning display of attacking tennis to beat Rafael Nadal 7-6 (9-7), 7-6 (7-4) in a high-quality duel at the ATP Finals and seize control of their group on Tuesday.

World No.3 Thiem saved a couple of set points in the first tie-break before whipping away a forehand to take an opening set in which there was barely anything between the two.

Daniil Medvedev’s ATP Finals debut last year proved to be a chastening experience as he suffered three defeats. But on Monday, the Russian made his mark with an opening win against 2018 champion Alexander Zverev.

Spaniard Nadal, bidding to win the only big title to elude him, engineered the first break of the match at 3-3 in the second set only for Thiem to reply in stunning fashion.

Nadal was on the brink of defeat when he slipped 0-40 behind serving at 4-5 after a wayward smash, but the 20-time Grand Slam champion dug himself out of a hole, saving three match points.

US Open champion Thiem was unshakeable, however, and forged his way into a 6-3 lead in the day’s second tie-break.