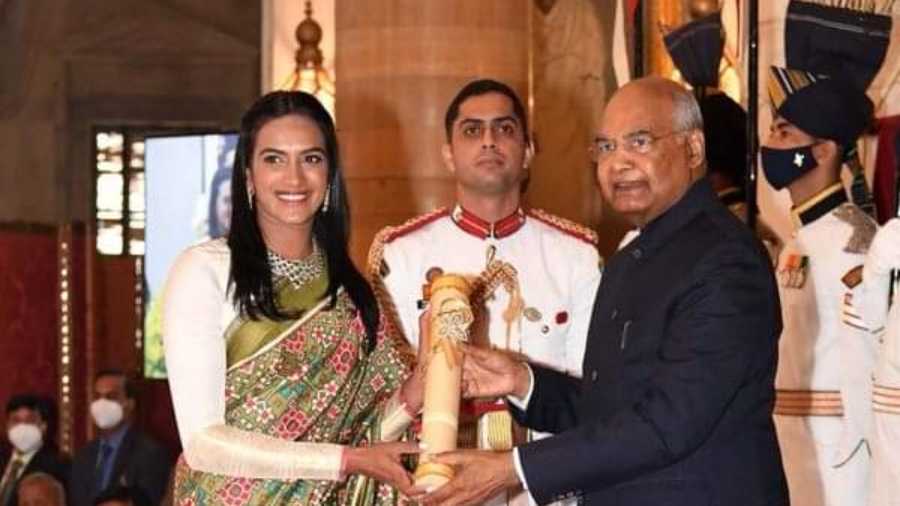 Two-time Olympic medallist PV Sindhu is pretty elated after receiving the Padma Bhushan, India's third highest civillian honour, at the Rashtrapati Bhavan in New Delhi. The event was attended by Prime Minister Narendra Modi while 119 awards were presented to winners.

"It is a proud moment. I am thankful to the Government of India. These awards give us a lot of encouragement, support and motivation. I have some upcoming tournaments, I will give my best in them," Sindhu was quoted as saying by ANI.