Advertisement
Home / Sports / Pole No. 92 for Lewis Hamilton at the Spanish Grand Prix

Pole No. 92 for Lewis Hamilton at the Spanish Grand Prix 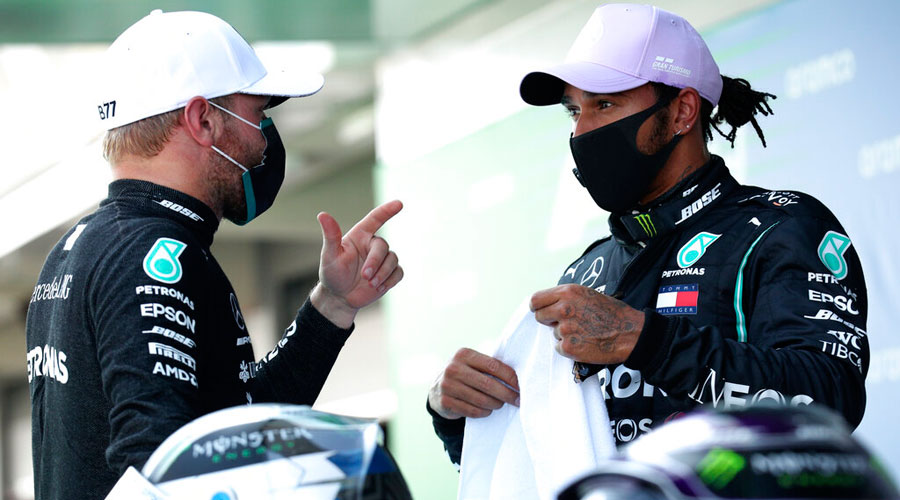 Lewis Hamilton (right) talks to team mate Valtteri Bottas after the qualifying prior to the Formula One Grand Prix at the Barcelona Catalunya racetrack in Spain on Saturday.
AP
Agencies   |   Montmelo   |   Published 16.08.20, 04:40 AM

Bottas was ahead of championship leader Hamilton on the first two splits, but lost a fraction of time when he came out too wide from a turn at the end of his lap.

The winding 4.7-kilometre Circuit de Barcelona-Catalunya, with its combination of slow and fast corners, is one of the hardest for overtaking. This gives Hamilton every chance of claiming an 88th F1 victory that would move him within three of Michael Schumacher’s record.