Tokyo Olympics gold medallist made a spectacular return to competitive action with a stunning throw of 89.30 metres on Tuesday 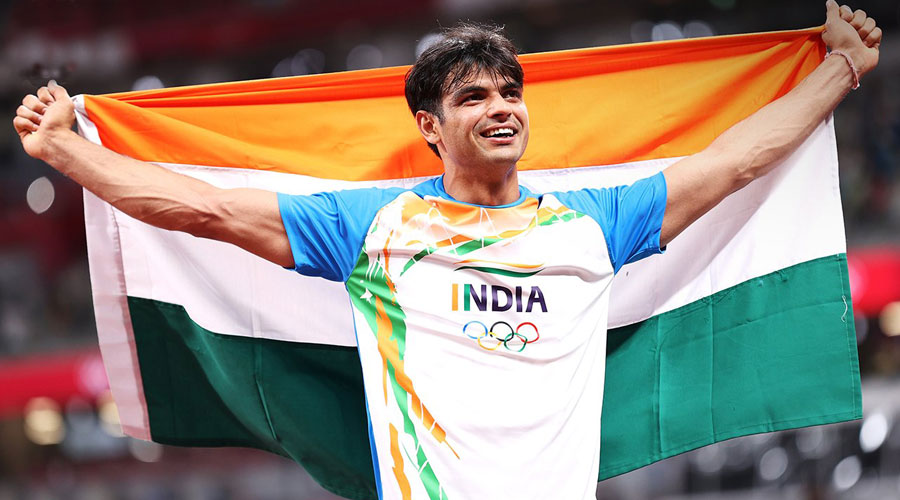 India’s Olympic champion javelin thrower Neeraj Chopra is in a “happy place” after shattering his own national record on his much-anticipated return to action. Chopra now wants to work more on his technique in order to improve his overall performance.

He made a spectacular return to competitive action after his historic gold in the Tokyo Olympics with a stunning throw of 89.30m to shatter his national record and finished second in a star-studded field at the Paavo Nurmi Games in Turku, Finland, on Tuesday.

“I am pleased with my performance. It was my first event of the season, so I am happy to have started the season on a high note. My performance here has boosted my confidence significantly,” Chopra said after the event.

“Going forward, I am looking to work on my technique, throw, and overall performance. I am in a happy place at the moment and I just want to do well in the upcoming events.”

The 24-year-old’s first competitive event after just over 10 months was nothing short of extraordinary as he nearly touched the coveted 90m mark, considered the gold standard in the world of javelin throw. His effort will take him to fifth spot in the world season leaders’ list.

Chopra opened with an impressive 86.92m before sending the spear to 89.30m. His next three attempts were fouls while he came up with 85.85m in his sixth and final throw. Finland’s 25-year-old Oliver Helander, who has a personal best of 88.02m and season’s best of 80.36m, was the surprise gold winner with a best throw of 89.83m which he produced in his second attempt. Reigning world champion Anderson Peters of Grenada, the pre-event favourite with his world leading monster throw of 93.07m while winning gold in the Doha Diamond League last month, was third with a best effort of 86.60m.

Chopra has now set his sights on this year’s Commonwealth Games in Birmingham. “Now, I am aiming for the next few events which would be bigger than this and of course the Commonwealth Games, where I will face a lot of competition,” he said.

After Abhinav Bindra, Chopra is only the second Indian player to win an individual gold medal at the Olympics.

Chopra had said in recent media interactions that he would not put himself under pressure with the thought of throwing beyond 90m and would look to build up gradually to peak during the July 15-24 World Championships in Eugene, US.

Chopra will next take part in the Kourtane Games in Finland on Saturday where he is currently based. He will feature in the Stockholm leg of the Diamond League on June 30. He had earlier trained in the US and Turkey before shifting base to Finland last month.