Up against the likes of Marco Verratti and Jorginho, Gavi showed no signs of being overawed, producing a debut of rare confidence in the 2-1 win 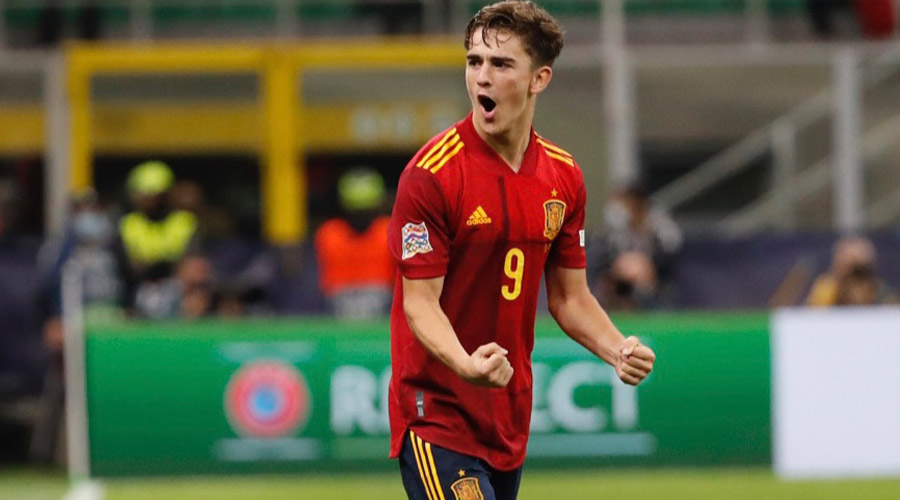 Midfielder Gavi became Spain’s youngest ever international in Wednesday’s Nations League semi-final victory over Italy and immediately showed why coach Luis Enrique had the faith to throw him into the side at 17 years and 62 days old.

Despite having made only three starts for his club Barcelona, Enrique opted to start Gavi in a three-man midfield against the European champions at the San Siro.

Up against the likes of Marco Verratti and Jorginho, Gavi showed no signs of being overawed, producing a debut of rare confidence in the 2-1 win.

Composed on the ball, confident throughout and always looking to bring Spain’s attacking players into the game, Gavi’s performance left his coach purring.

“We already talked about how he is an unusual case,” said Luis Enrique.

“He is playing like in the backyard of his house. It is a pleasure to see a player with this quality and personality. He is the future of the national team but he also showed he is part of the present.”

The teenager broke a record that had stood for 85 years — Athletic Bilbao’s Angel Zubieta had made his debut for Spain in April, 1936 at the age of 17 years and 284 days against Czechoslovakia.

“Nothing too much for him, he has the personality and quality to play at this level,” said Luis Enrique, who had faced criticism from the Spanish press over his squad selection.

“The game played out beautifully for us but that was a match of two rivals going at each other with their best strengths on show,” he said.