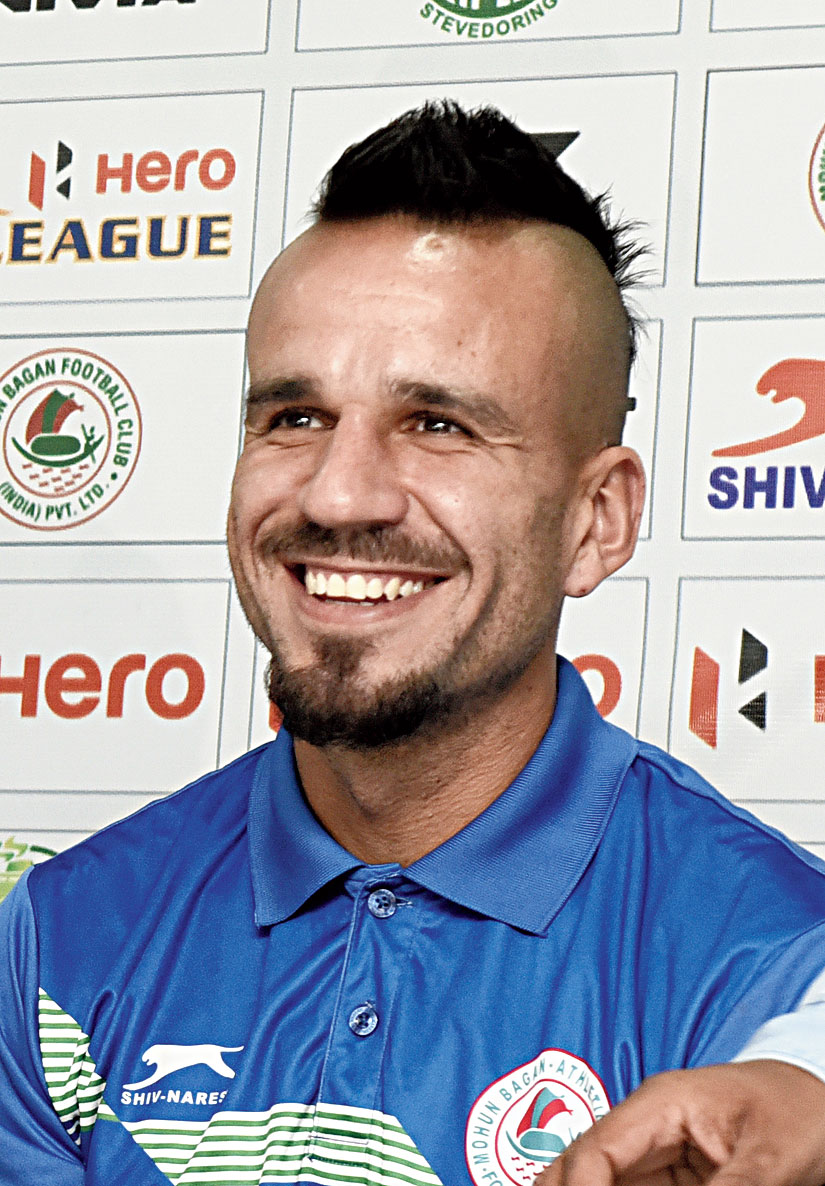 Mohun Bagan beat defending champions Chennai City FC 3-2 in an energy-sapping but thrilling I-League match to extend their lead at the top of points table on Friday.

A brace from Senegalese striker Papa Diawara and another from Spaniard Fran Gonzales, which was his sixth overall in the league, were enough to thwart an inspired Chennai comeback in the second half. Strikes from substitute N. Vijay and Jishnu Balakrishnan in the space of four minutes had ignited hopes of the home fans.

Chennai had not lost to Bagan in the previous edition where they emerged champions, but this year’s form was clearly in favour of the visitors going into the game.

Baba Diawara with the Man of the Match trophy in Coimbatore
(Picture: Twitter/@Mohun_Bagan)

The home side made three changes from their previous loss to East Bengal, bringing in Mashoor Sharif, Ajith Kumar and Sriram. Mohun Bagan just made one forced change as Trinidadian centre-back Daniel Cyrus had to miss out due to injury and Komron Tursunov slotted in.

Mohun Bagan were off the blocks in a flash, getting three corners within the first five minutes of the game and the writing was clearly on the wall as three headers from Diawara went off-target.

Then in the space of two minutes, Mohun Bagan struck through two headers. First, Diawara struck in the 28th and a minute later, Fran Gonzalez rose above all to nail another past Chennai keeper Nauzet Santana.