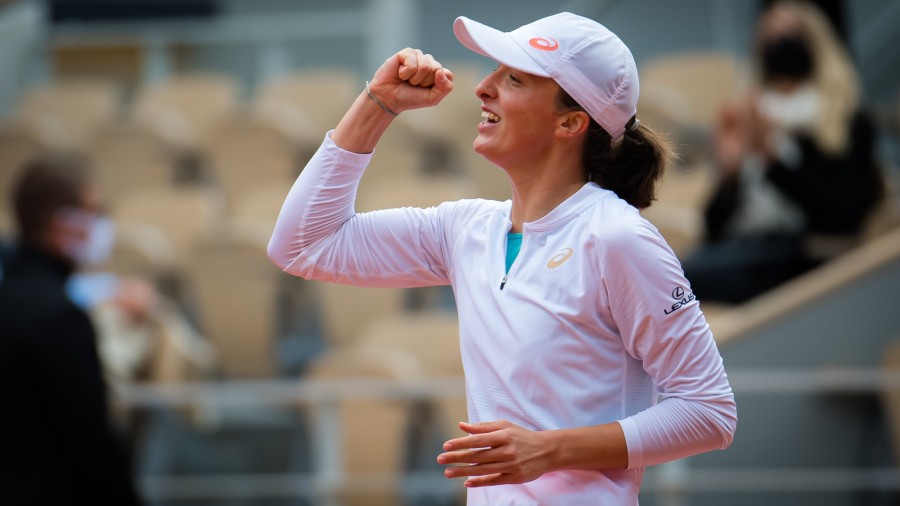 Iga Swiatek has embraced the pressure that comes with being world No.1 and will go into the French Open, starting this Sunday, as the overwhelming favourite to clinch a second major title, tennis great Martina Navratilova said.

After replacing Ashleigh Barty at the top of the world rankings following the Australian’s shock retirement in March, Swiatek has seemingly revelled in her status as the top women’s player.

The 20-year-old Pole won her maiden grand slam title at Roland Garros in 2020 and has arrived in Paris having won five consecutive titles, including four WTA 1000 events, and 28 straight matches.

“You can’t be any hotter than she is right now,” 18-time grand slam winner Navratilova told the WTA. “She’s playing great and she’s healthy — that’s a fantastic combination. She’s fresh and battle-tough at the same time.

“She looks pretty unbeatable on any surface, particularly the clay now. So we have an overwhelming favourite going into the French, when it was wide open last year.

“Clearly, the pressure is not bothering her. She’s just embracing that. It’s great to see when you are the favourite, and you keep on winning.”

Australian Sam Stosur, who won the US Open in 2011 and reached the final at Roland Garros the previous year, said Swiatek’s confidence was sky-high and she was currently the strongest in the world mentally.

Few of Swiatek’s rivals enter the tournament with significant form or confidence.

Stosur felt Spaniards Paula Bandosa and Garbine Muguruza were struggling and noted that defending champion and world No.2  Barbora Krejcikova has not played since February.

Fellow top-10 stars Anett Kontaveit, Aryna Sabalenka, Karolina Pliskova and Danielle Collins have shown patchy form as has Maria Sakkari, a 2021 semi-finalist in Paris who has stagnated since reaching the Indian Wells final in March.

(Written with inputs from Reuters and Australian Open website)