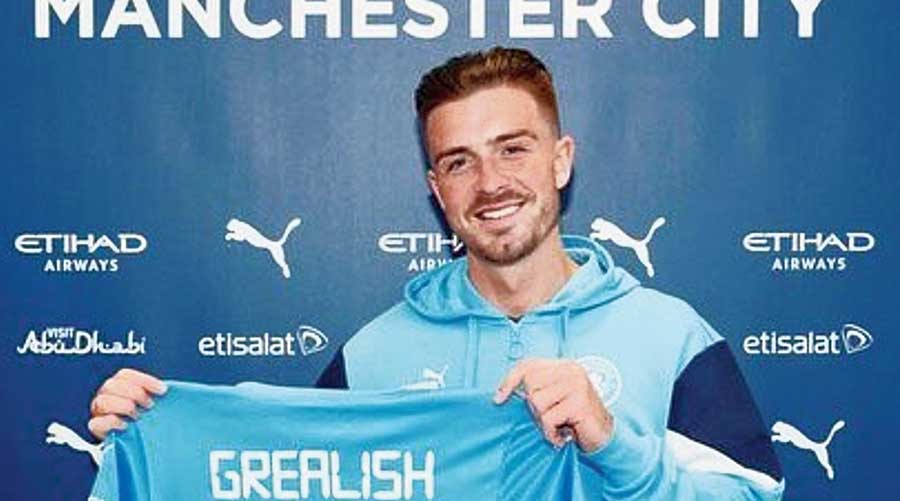 Leicester City could be facing the Premier League’s first 100 million pound player when they meet Manchester City in Saturday’s Community Shield at the Wembley but that will just be added motivation for manager Brendan Rodgers.

Media reports have suggested Manchester City manager Pep Guardiola could give England playmaker Jack Grealish, signed from Aston Villa for a Premier League record on Thursday, a first outing in the curtain-raiser to the season.

The Foxes upset Chelsea 1-0 at the stadium in May to win the FA Cup for the first time and have shown money is not everything, however.

“You can look at it two ways and think you can never compete or you try and create a culture and an environment that means you are going to be competitive,” Leicester coach Rodgers said of Man City’s spending.

“We know the level in the Premier League but it doesn’t stop us competing,” added the Northern Irishman, whose side finished fifth last season.

“Manchester City are a wonderful club with an incredible group of players, and they are the reigning champions and they’ve got an absolutely outstanding coach who oversees that,” he added.

“They’ve been built to win things. Ourselves, with lesser resources, are trying to challenge that.”

City have won the shield six times previously, from 12 appearances, and most recently in 2019.

Leicester’s 1-0 FA Cup win was the club’s first in their history but Saturday will be a third appearance in the curtain-raiser.

Both sides will be keen to start the campaign with some silverware, even if the match will be lacking some of the big guns yet to return after a busy summer of international football. “It’s a fantastic game for us. It means we won the FA Cup,” said Rodgers, who lost French defender Wesley Fofana to injury on Wednesday.