Laxman: Warner is fit and raring to go 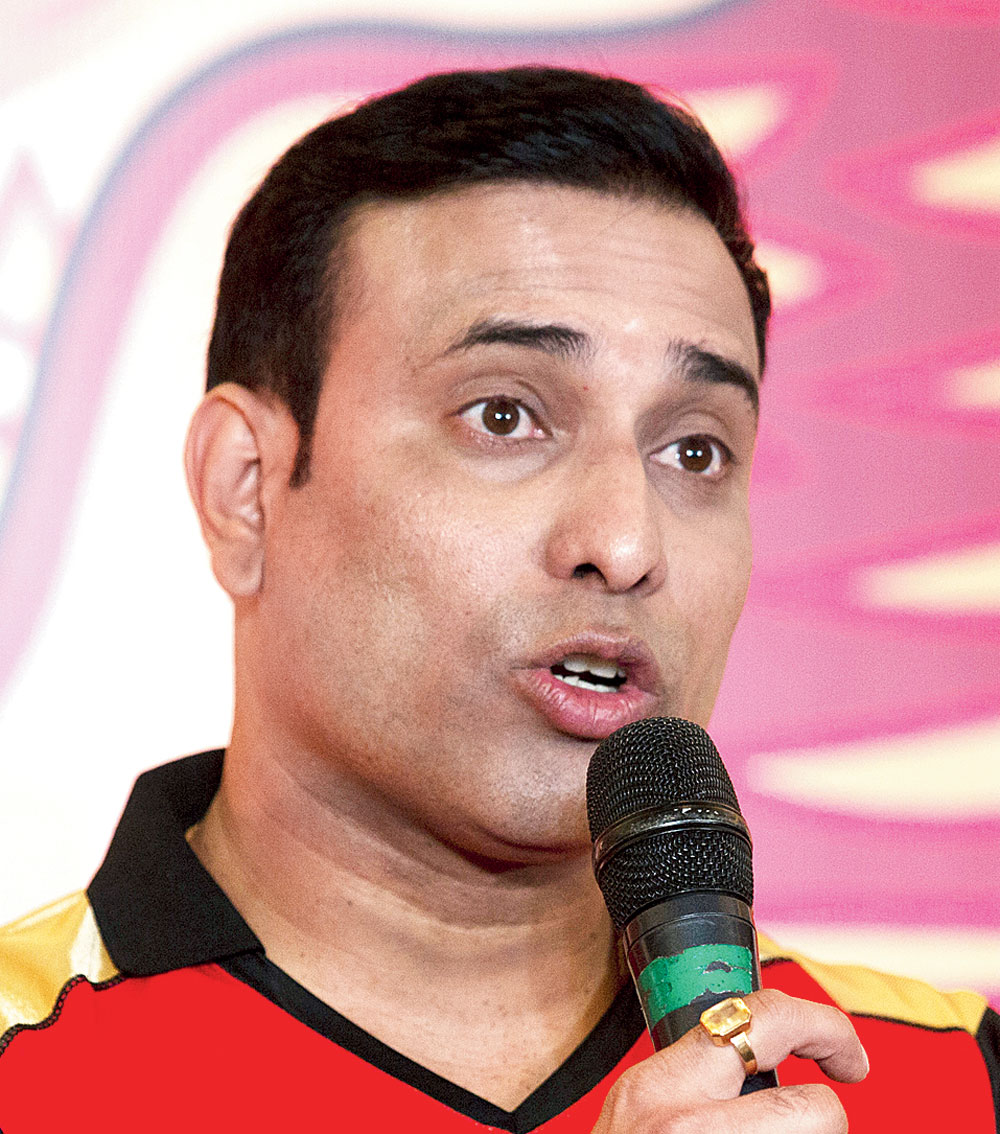 Warner recently recovered from an elbow surgery and smashed a rapid-fire century for his Sydney club side on return. “He is fit and raring to go. He has really worked hard on his fitness and also what really amazed me was the kind of rhythm he showed from the first practice session,” Laxman told reporters after rain cut short the team’s practice session at the Eden.

“We also played a couple of practice matches in Hyderabad and he scored in both those matches and was in fantastic rhythm and that is something really pleasing for all of us,” he said.

Warner along with Steve Smith’s year-long bans for their involvement in the Sandpaper Gate fiasco in South Africa will be ending on March 29.

Warner was the cynosure at the practice session on Friday but he did not bat.

“Warner is really looking positive going into this season. It was unfortunate what happened in Cape Town last year and I am sure he is looking forward to contributing to Sunrisers,” Laxman said.

“He has been an exceptional player for us, exceptional captain as well, a premier batsman for us and I am sure he will look forward to scoring heavily this season as well and win matches, and hopefully, the tournament for Sunrisers.”

Warner captained Sunrisers to the IPL title in 2016. In 2017, the dashing southpaw finished as the highest scorer with 641 runs in 14 matches with an average of 58.27. After the ball-tampering scandal, Warner missed the 2018 edition with New Zealand captain Kane Williamson taking charge of the team.

Laxman was also asked about the workload management of players ahead of the World Cup in May-June.

“I think all of them are professional players and playing a tournament like the IPL will help them to be in good rhythm when they go to the World Cup. But they have to be very sensible and smart.

“All of them are professionals and very smart. The workload management, as it is, is a focus of the franchise because it’s a long tournament,” the 44-year-old said.

“It’s a packed tournament where there is a lot of travel. So workload of all the players is managed and they themselves know how to manage their fitness levels.

“World Cup is something which we all are looking forward to and we want the Indian team to go out there and win the World Cup. I am sure all the players will be smart enough. Playing the IPL will be an advantage as they play against top quality opposition. You are playing with some quality players,” he added.

On the Eden wicket, Laxman, who spends a lot of time here as batting consultant of Cricket Association of Bengal’s Vision 2020, said it would be a good one with something in it for both batters and bowlers.

“The wicket looks really good. The ground looks in terrific condition, lush green outfield. I think the matches here will definitely be high scoring and competitive matches. There will be enough for the bowlers as well.”

Laxman also praised Wriddhiman Saha. The SRH wicketkeeper-batsman is returning from a long injury layoff after undergoing a surgery on his right shoulder.

“It was great to see Saha back... He has really worked hard on his fitness and showed good rhythm in the practice matches coming on the back of some good performances in the Syed Mushtaq Ali,” Laxman said. “I was really impressed with the way Saha played with a broken finger.”