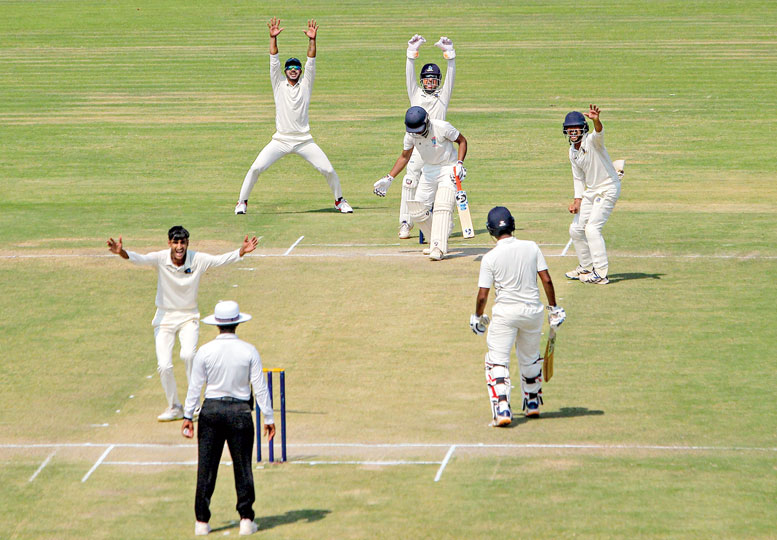 But a lapse in concentration from Samantray, who chased a widish delivery, triggered the collapse as Bengal seamer Nilkantha Das finally ended their dogged 125-run partnership.

Shahbaz Ahmed and Ishan Porel then fired in quick succession as Odisha lost three wickets for 16 runs to end Day II on 151 for four, still 181 runs behind Bengal.

Bengal’s head coach Arun Lal maintained that a couple of quick wickets on the second day morning could help his team seize the advantage.

“We did well at the end of the day to get those wickets, that’s a big bonus. The Odisha batters showed a lot of patience. When things are not going your way, be patient. Both the teams did that. If we can get a couple of wickets in the first hour on Saturday, we will sit on top,” Lal said.

Earlier, Bengal’s Anustup Majumdar, who revived their innings from 46 for five on Day I, notched up a career-best 157 after they resumed at 308 for six. However, Bengal could not make it big as they loss four wickets for just 30 runs inside 11 overs.

“We should have gotten more runs. Shahbaz got out early today and after him we have three medium pacers lined up. I would have been happier if we got to 360,” Lal added.