Both sides struggled to create chances in a dull opening period, but the match came alive after the break 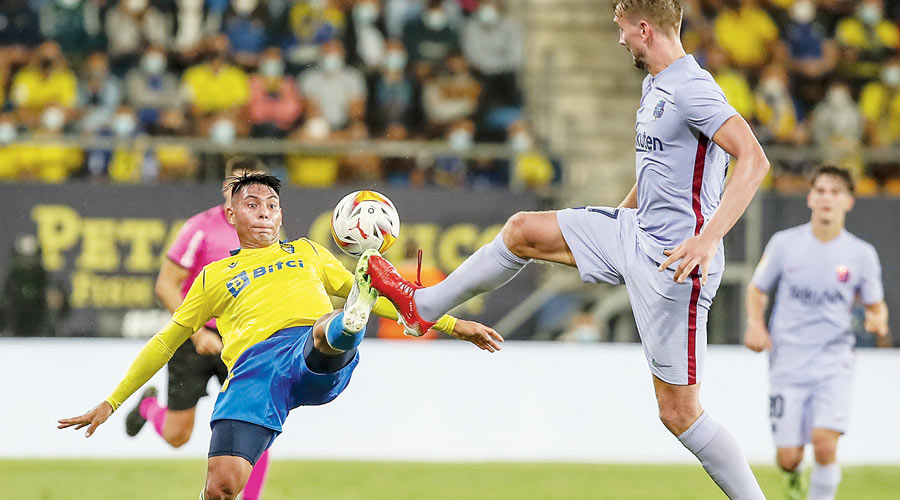 Barcelona’s stumbling form continued as they were held to a disappointing 0-0 La Liga draw at Cadiz on Thursday and ended the game with 10 men after Frenkie De Jong was sent off.

To compound their misery, coach Ronald Koeman was dismissed in the dying seconds for dissent after Sergio Busquets had kicked a second ball that was on the pitch into an opposition player to get the game stopped.

“All I said to the fourth official was that there were two balls on the pitch,” Koeman said.

“They send you off for nothing in this country. I asked the referee in a calm manner, but let’s leave it as it’s not my problem.”

Both sides struggled to create chances in a dull opening period, but the match came alive after the break.

Depay was denied by a smart stop from Jeremias Ledesma as Barca looked to take control of the game.

But things went downhill in the 65th minute when midfielder De Jong was shown a second yellow card in four minutes for a lunging tackle.

Koeman’s side were indebted to Ter Stegen as he denied Salvi Sanchez one-on-one and Ruben Sobrino fired the rebound wide with the goal gaping.

Koeman said he had no complaints about the attitude and commitment of his team and instead lamented the raft of injuries that robbed him of several first-choice players.