Everton hold Liverpool to a draw, Ancelotti praises his team for sticking to the game plan 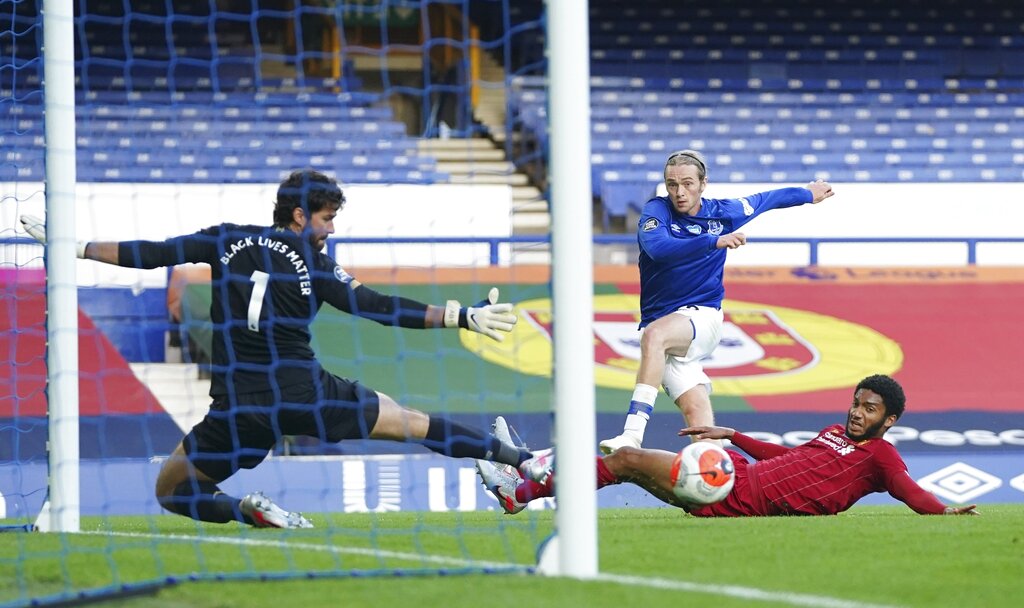 Everton's Tom Davies narrowly misses a chance to score during the English Premier League match between Everton and Liverpool at Goodison Park on Sunday
(AP)
Reuters   |   London   |   Published 23.06.20, 01:55 AM

Liverpool manager Juergen Klopp hailed his “world class” goalkeeper Alisson after the Brazilian produced a superb late save in the 0-0 draw at Everton on Sunday.

“That’s what a world-class goalkeeper is, nothing to do for 90 minutes pretty much and then in one second you have to be there and he was there,” Klopp told reporters. “It obviously saved us a point — it wasn’t the first one... Outstanding. A difficult goalkeeper game.”

Klopp was pleased with the way his team approached the match, in terms of their fitness and defensive solidity but was left frustrated by his forward players.