This time around, the team can go the distance, says head coach 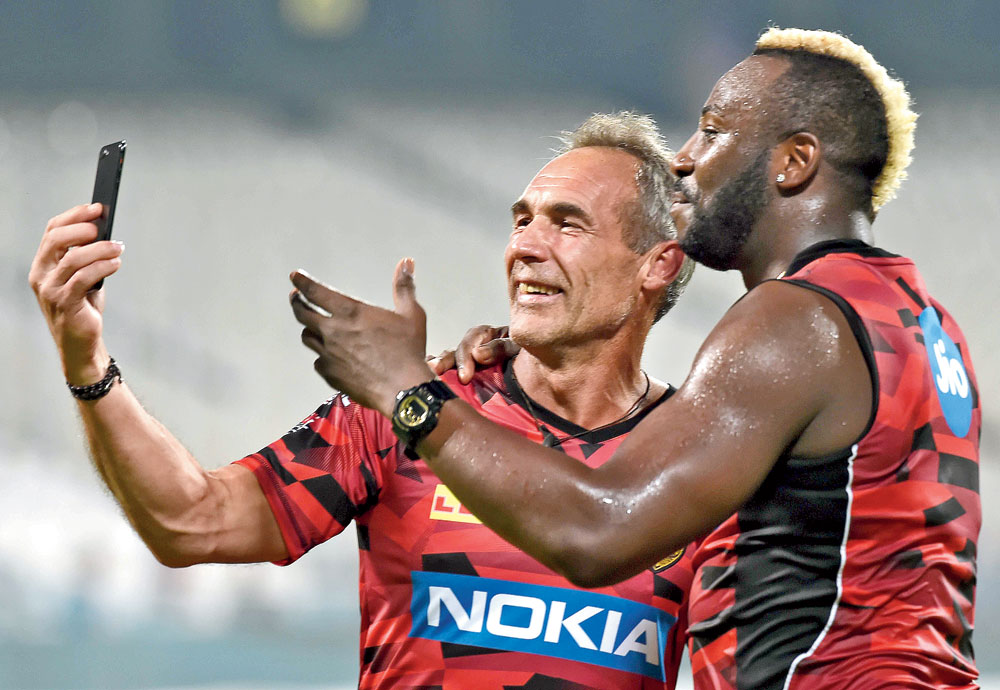 However, this time around, they can go the distance as the players are in a better space while the team too has its bases covered, feels head coach Jacques Kallis.

“I think the guys are in a much better space than they have been in any other season... They are in good space... The academy that we have has played a big role in helping the guys get to where they are. We are as balanced as we could possibly be. You play on a lot of different wickets throughout the tournament, so I think we got our bases covered as we can deal with that aspect.

“But having said that, you got to perform on the field… It doesn’t matter what the team looks like,” Kallis said on the sidelines of KKR’s training session at the Eden on Wednesday.

According to Kallis, the addition of Carlos Brathwaite in the ranks, along with the other power-hitters in the form of Andre Russell and Chris Lynn, keeps KKR in good stead irrespective of the combination they go in with.

“I think there are lot of good power-hitters in our side whatever combination we come up with. We are looking forward to that. Then again, we’ve got to set the base and make sure that we give them an opportunity to get that license,” he said.

Sunil Narine, who joined the training session on Wednesday, had opened with Chris Lynn in the past and that worked quite well for KKR in some of the matches. The two-time champions, though, are keeping other options open as well.

“The Lynn-Narine pair has worked for us in the past. But we also have other options this season. Nothing is cast in stone in this format and you’ve got to think on your feet according to the opposition you face,” Kallis said.

Kallis believes workload would not be a concern for the players with the World Cup beginning in just over two months. “The guys are professional, so they will know when to rest. Besides, we got a great support staff, and the physios and trainers... They know how to handle the guys. We have full confidence in them and their calls on how the players are responding.”

Besides the power-hitters and Narine, who has been their match-winner since 2012, KKR also have a major force in the form of Kuldeep Yadav.

“He (Kuldeep) has come up leaps and bounds. He has done well for the national side, which is good for us. He has had a decent break, so he comes in fresh,” Kallis said.

Beginning their campaign with back-to-back home matches, the Knights are keen to take full advantage of the conditions. “We have home game advantage and we would like to use that in the first two games,” Kallis emphasised.