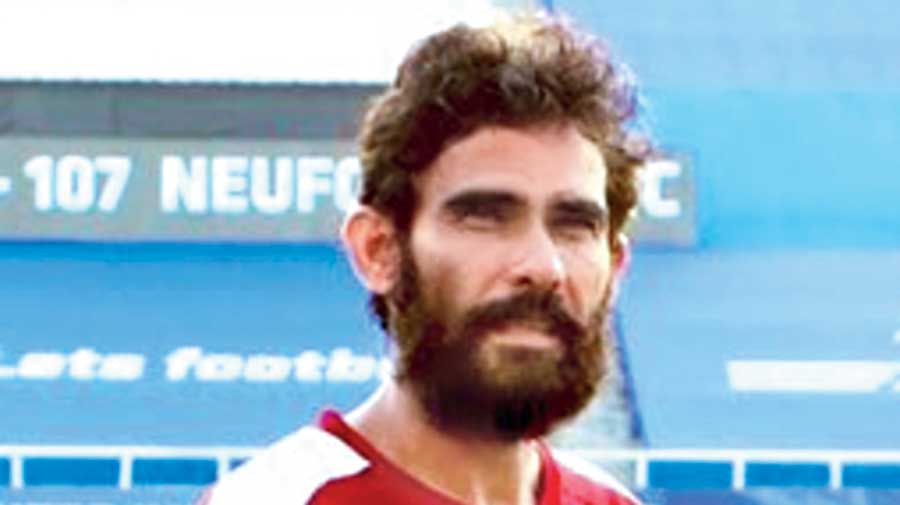 Khalid Jamil and his band of boys from NorthEast United FC (NEUFC) are undoubtedly the story of ISL VII.

NEUFC were not getting desired results in the ongoing league when the team management decided to bring in Khalid as the interim coach in mid January. What followed is a gallant run of nine unbeaten matches and NEUFC are in the play-offs. In the process, Khalid created history by becoming the first Indian manager to steer an ISL team to the last-four stage.

"It's a nice feeling, this history part… But first and foremost is the team and the players. Making the play-offs was the first target and now the bigger battle awaits. The first leg of the play-off will be very crucial. That will set the tempo for the next two matches (second leg and the final, if they qualify)," Khalid told The Telegraph on Saturday morning.

Doing wonders with rank outsiders is nothing new for Khalid though. He had masterminded Aizawl FC's fairy-tale I-League triumph in 2016-17, which caught the imagination of the football followers in the country. "That was different. I was in charge from the beginning of the season. Here, I came mid-season. You can't compare the two," the former India international, who successfully fought off Covid-19 after contracting it just before ISL VII started, said.

His peers think Khalid's success with NEUFC will have a far-reaching impact on the way we tend to see Indian coaches. "Khalid is great example that Indian coaches can do well. It's an inspiration for many future coaches. We will just keep working and I am sure, given a chance, others too will come up in the future," SC East Bengal's Indian assistant coach Rennedy Singh said.

"When he came on board, very few put money on NEUFC to come this far. He has managed the team very well so far. I just hope teams now change their outlook towards Indian coaches," Rennedy added.

ISL VII has seen quite a few Indians as interim coaches. Naushad Moosa (Bengaluru FC), Steven Dias (Odisha FC) and Ishfaq Ahmed (Kerala Blasters) have been in the dugouts, shouting instructions to the players and pacing up and down the sideline. "Indian coaches should now be given a chance. For example, if NEUFC do not appoint Khalid as the head coach, it will be foolish. The owners will have to show faith in Indian managers. If you ask me, Khalid has done a huge favour to us all," Ishfaq said. NEUFC confirmed their play-offs berth on Friday by beating Ishfaq's Kerala Blasters 2-0. "I think the experience I gathered as a coach will help me in the long run. I feel I am ready to be a head coach, may be of an I-League team," Ishfaq added.

Khalid though thinks credit should be given to the NEUFC team management for giving him the chance. "It's the owner's call. At the end of the day, it's their money. I am lucky that NEUFC management gave me this platform. But yes, this ISL has proved Indian coaches can also deliver."

Khalid's success has also once again trained the spotlight on the hire-and-fire policy of the Calcutta clubs. After his Aizawl triumph, Khalid had joined East Bengal in the summer of 2017. East Bengal were unlucky not to win the I-League as they slipped in the last two rounds and Minerva Punjab FC made the most of it.

But then in Calcutta, Derby results decide a coach's future. East Bengal had lost both the I-League Derbies to Mohun Bagan and that sealed his fate. "It still rankles. Even today morning I was thinking how close it was for East Bengal," he said. Before the Super Cup, Subhas Bhowmick was appointed as East Bengal's technical director, a move which any coach could have found humiliating. But Khalid still managed to take East Bengal to the Super Cup final where they lost to Bengaluru FC.

"I have no ill-feelings. That is a thing of the past."

True. No point dwelling on the past, when the present looks very bright and the future brighter.