If we get full points, that will be a big confidence booster: Kassim Aidara 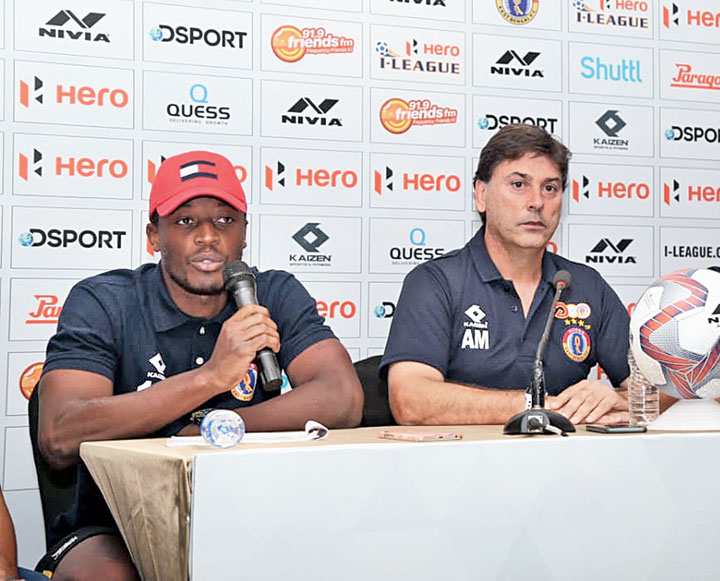 East Bengal’s Senegalese midfielder Kassim Aidara is on a mission. And it is to get that winning feeling again.

He was an important member of the Minerva Punjab FC’s squad which won the I-League two seasons back. And now he wants to do the same for the red and gold brigade.

“My aim is to win the League with East Bengal. I want to write history with this club. I know how it feels to be an I-League winner. I want to feel that again,” Aidara told The Telegraph.

Aidara will wear the captain’s armband when East Bengal walk on to the field against Real Kashmir FC (RKFC) at the Kalyani Stadium on Wednesday. “I am happy that coach (Alejandro Menendez Garcia) trusts me… But we have other captains too and till their return I will lead. And if you are talking of responsibility… Every player takes that, captain or not.”

Talking about RKFC, Aidara said: “They are a very good side. But we want to have a winning start. The first match of a long league is always important. If we get full points, that will be a big confidence booster,” he said.

Early goals are something every team looks for. According to Aidara a team has to work hard for scoring early. “Every team wants to score early. But it’s not easy. If we score early against RKFC, it’s perfect. But if we cannot then we have to be patient and keep on trying till the last minute”.

Not just the team from Valley, other teams are also very strong. “All the teams are strong. It will be even more difficult to win a match this time. I think, league this time is going to be more interesting and competitive,” he said.

East Bengal finished runners-up to Chennai City FC last season. And for that Aidara blamed the silly goals East Bengal conceded. But this time he is confident the team will learn from those mistakes.

“This season we would like to be more focussed throughout the matches. Last season, we lost some points by conceding goals in the last minutes… This year we don’t want to repeat such mistakes. We will try to stay more focussed… For the whole game, till the last minute,” he said.

Aidara thinks understanding each other is the biggest strength of this East Bengal squad.

“We have a good group where everyone understands each other well. We are like a family and we enjoy every moment together,” he said.