Josh Hazlewood: We let India off the hook

Aussies bowled relentless lines and lengths to our batsmen in the first session and halfway post lunch, but kept it short and wide with few balls at the stumps during the Shardul-Washington stand 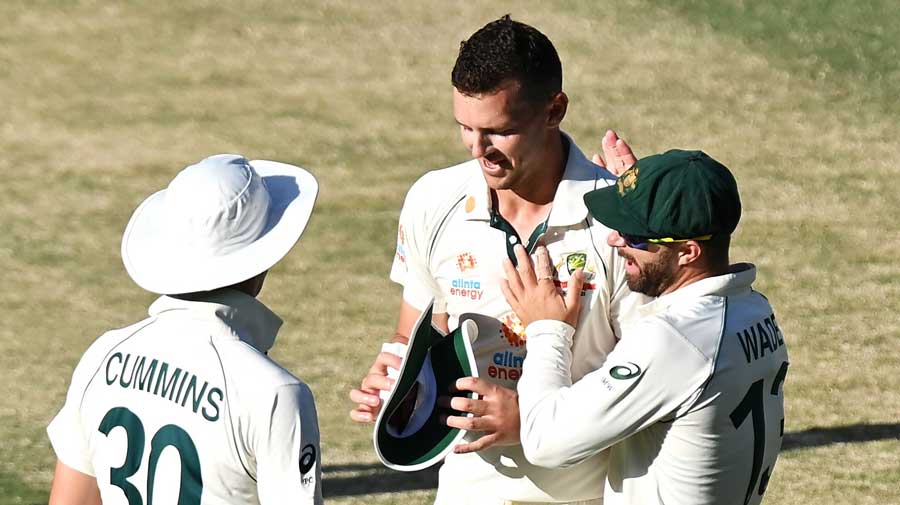 Josh Hazlewood feels he and the other Australian bowlers couldn’t quite build pressure on Shardul Thakur and Washington Sundar after reducing India to 186 for six on Day III at the Gabba.

“There’s a little bit of frustration sometimes when you think you’ve got the opposition six-down and you’re well on your way to knocking them over. Credit to them, but we missed our mark a little bit in that period when we were probably a touch full or a touch short, and with a bit of width here and there.

“So we just let them off the hook and didn’t build pressure the way we wanted to,” Hazlewood, who took his second five-for in the series on Sunday, said during an online conference facilitated by Sony Pictures Sports Network.

The Aussies bowled relentless lines and lengths to India’s specialist batsmen in the first session and halfway post lunch, but kept it too short and wide with very few balls at the stumps during the Shardul-Washington stand.

“The bounce is so consistent here at the Gabba that even tailenders can hit the ball and score runs if you pitch it up.

“I think the short ball is probably the best way to clean up the tail, to be honest, and if not, then setting them up for the full ball.

“But we’ll probably go back to our normal stuff in the second innings and see how that goes,” Hazlewood added.

Hazlewood defended the Aussie quicks bowling too many short-pitched stuff at the Indian lower-order batsmen instead of focusing on the line-and-length deliveries.