Making a rare start, he scored the second for his team to put them 2-1 ahead while Bruno Fernandes scored the third 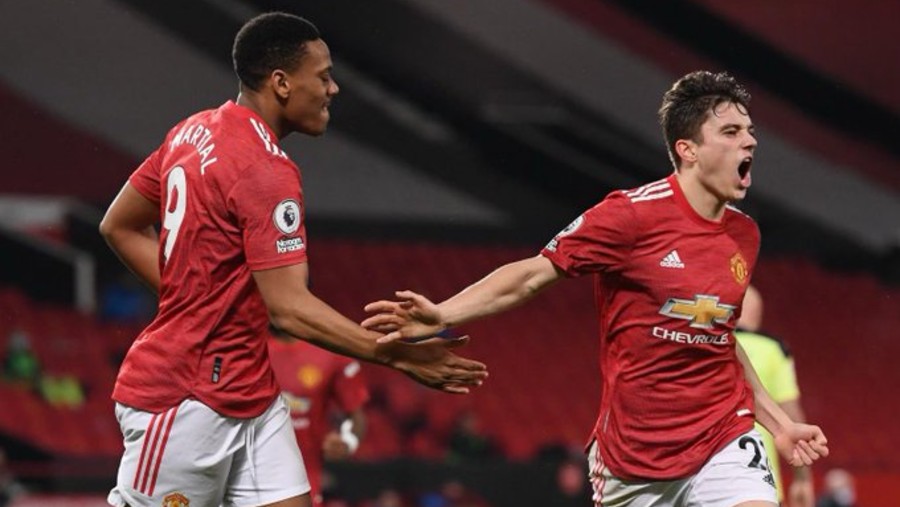 Manchester United manager Ole Gunnar Solskjaer has praised winger Daniel James and said he was confident a winning run would give his players the energy to get through a tough schedule after a 3-1 Premier League win over Newcastle United on Sunday.

United followed up Thursday’s 4-0 Europa League win over Real Sociedad with a patchy performance against Newcastle, their goals coming from individual quality amid some shaky defending.

Marcus Rashford scored the first and had a hand in another.

Looking shaky at the back and lacking edge up front in the first half, United were fortunate not to fall behind before Rashford fired them ahead out of the blue in the 30th minute.

Making a rare start, James scored United’s second to put them 2-1 ahead while Bruno Fernandes scored the third.  “Dan with the energy he has, the X factor and the pace, he gives us something that must be hard to play against if you are a defender,” Solskjaer told the BBC.  “He is working hard, he is a great boy in and around the place. He knows he has been very close a few times. When you score the amount of goals he has at the moment, confidence must be sky high.” “Momentum? Just keep going. You have to be relentless. The season is a strange one but you have to build on confidence. We have to recover well in between and I am sure they will because when you win games you get energy.”

James was delighted after making the most of a rare start. “It is a turnaround,” the Wales winger told BT Sport.

“There was a moment last season when I maybe was not performing as well as I wanted to do. I kind of lost my way a bit. I have been working with the coaches to get me back to myself and I’d like to think I’ve got there now.”

Following the return leg against Real Sociedad at Old Trafford on Thursday, United visit Chelsea and Crystal Palace in their next two Premier League games.