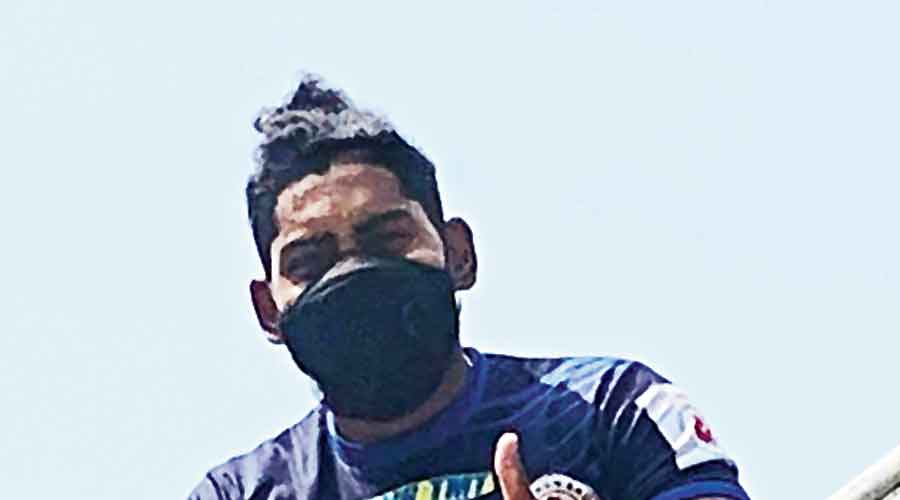 ATK Mohun Bagan’s Roy Krishna was happy to script history in the ISL VII season-opening match against Kerala Blasters at the GMC Stadium in Bambolim on Friday.

In the 67th minute, he became the first player to score for ATK Mohun Bagan. “It feels nice to score in the first match. But what was important was we had a clean sheet. That speaks volumes about the hard work done by the defence and the goalkeeper (Arindam Bhattacharya),” Krishna told the official broadcasters at the post-match media conference.

Krishna said it wasn’t an easy match against the Blasters. “We knew it would be a tough one because Blasters are a good side. But we had a game plan and it worked for us.”

Next up is the Derby on November 27 and the Fijian international said: “Yeah, I know it’s a big match. But it’s up to the coach (Antonio Lopez) to decide who would play. Let’s see.”

Coach Antonio also sounded happy for logging full points. “Blasters played a good match but we won three points. I am very happy with that because the first match was all about three points. It was difficult to compete after eight months,” he said.

The Spaniard sounded worried about Michael Soosairaj’s knee injury. “We have to evaluate the injury but on first look it wasn’t a good feeling. I think the referee should have given it a foul because the player had almost broken his knee.”

Antonio said his team would have to improve in the midfield and in front of the goal.

Earlier, Nita Ambani, founder and chairperson of Football Sports Development Limited (FSDL), welcomed the return of football and sporting activities in India. “I am proud to announce that ISL becomes the first sporting event of such large scale to be organised in India (during the pandemic),” she said.