Courtesy this win, the CSK went to the top of the table with 12 points from eight matches with a healthy net run rate of 1.22 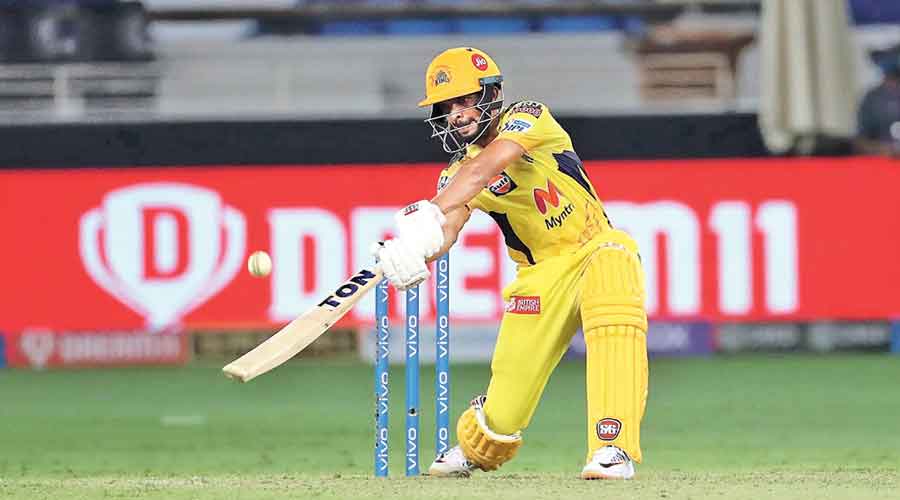 Ruturaj Gaikwad (88 not out) played a blinder of a knock and the bowlers complemented his good work as the Chennai Super Kings recorded an emphatic 20-run victory over Mumbai Indians on the day IPL 2021 resumed after four months at the Dubai International Stadium.

Courtesy this win, the Super Kings went to the top of the table with 12 points from eight matches with a healthy net run rate of 1.22.

Defending champions Mumbai Indians, taking the field without regular captain Rohit Sharma, who wasn’t fully fit, and all-rounder Hardik Pandya, remained at the fourth spot. But what would worry Mumbai is their net run rate, which is in the negative (-0.07).

After the Super Kings won the toss and elected to bat, Ruturaj’s exceptional batting guided them to a competitive total of 156/6 after they were 24/4 at one stage. Then Deepak Chahar (2/19) and Shardul Thakur picked up early wickets to derail Mumbai within the Powerplay overs.

The wicket had a bit of grass, but the odd ball stopped and kept a bit low at times early on, only to get better for batting as the game progressed. But the fall of those early wickets turned out to be crucial as Mumbai, despite late efforts from Saurabh Tiwary (50 not out) and Adam Milne, could manage only 136/8.

A fair amount of credit also goes to Mahendra Singh Dhoni for his wily captaincy, especially the way he utilised Dwayne Bravo (3/25), who struck in both his spells to make it easier for the Super Kings.

Gaikwad’s knock on Sunday should go down as one of the best from Mumbaikar.

The Super Kings’ innings was going nowhere after the Powerplay. Besides losing four wickets, they also lost Ambati Rayudu, who retired hurt after taking a blow on his left elbow off pacer Milne.

Gaikwad had a stroke of luck on 19 when Quinton de Kock spilled an edge off Rahul Chahar’s bowling.

But he kept growing in confidence and then dominated the rival bowling attack with some incredible shots. A paddle sweep-like stroke over square leg off Jasprit Bumrah — who was playing his 100th match for the Mumbai franchise — off the last ball of the Super Kings innings went for a big six.

Given Bumrah’s form and reputation in world cricket at the moment, that was audacious from Ruturaj. That one stroke summed up the 24-year-old opener’s fearlessness and defiance even in the face of adversity.

⚫ Jasprit Bumrah played his 100th IPL match for Mumbai Indians on Sunday. Bumrah, who made his IPL debut on April 4, 2013, so far has 117 scalps in the premier T20 tournament.