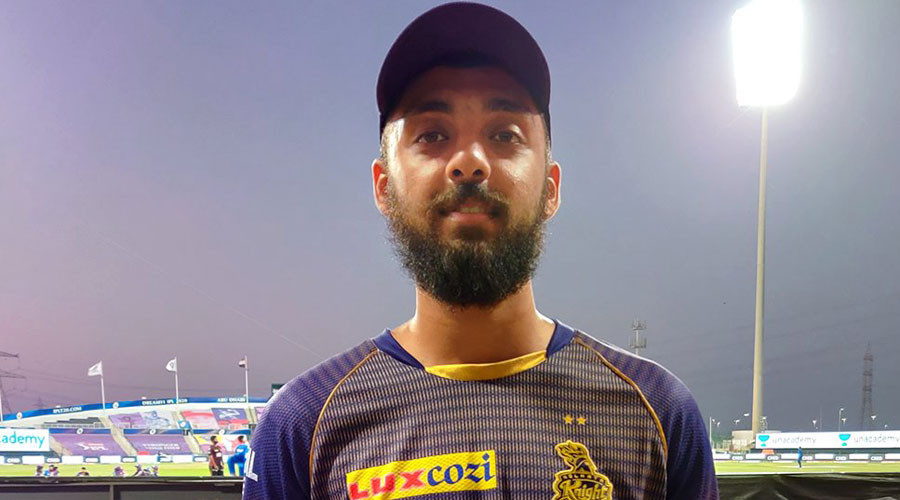 Varun Chakravarthy’s performance for Kolkata Knight Riders so far in the IPL has been pivotal to his India call-up for the T20 World Cup beginning next month in UAE.

The mystery spinner had also been chosen for India’s T20I team for Australia last year before a shoulder injury forced him out. However, his sincerity and hard work helped him earn the trust of the selectors as well as a berth in the T20 World Cup squad.

Heaping praise on the 30-year-old, KKR mentor David Hussey, in an interview to kkr.in, said: “It’s a fantastic and great achievement for Varun, and great for KKR. He’s a nice individual, a clever guy and he loves bowling.

“Sometimes you need to hide the cricket ball, so he doesn’t bowl too much at practice. Nonetheless, it (selection in India’s T20 World Cup squad) is a reward for the effort he has given. He’s an athlete now from when he first started bowling at nets in Tamil nadu and he’s probably one of the best bowlers in the IPL.”

Hussey also banks on New Zealand quick Tim Southee to make up for the absence of Australia pace spearhead Pat Cummins, as KKR get ready to resume their IPL 2021 campaign versus RCB in Abu Dhabi on Monday.

“We need early wickets, which we haven’t done most recently. Tim provides experience,” Hussey said. “He’s highly ranked in T20I cricket, provides stability and that Kiwi grit which sometimes we sort of lack with maybe the nicety of Pat,” the former Australia all-rounder added in jest.