In eight matches for Delhi Capitals, the fast-bowler has picked up 14 scalps, eclipsing teammate and premier pacer Kagiso Rabada (8 wickets) 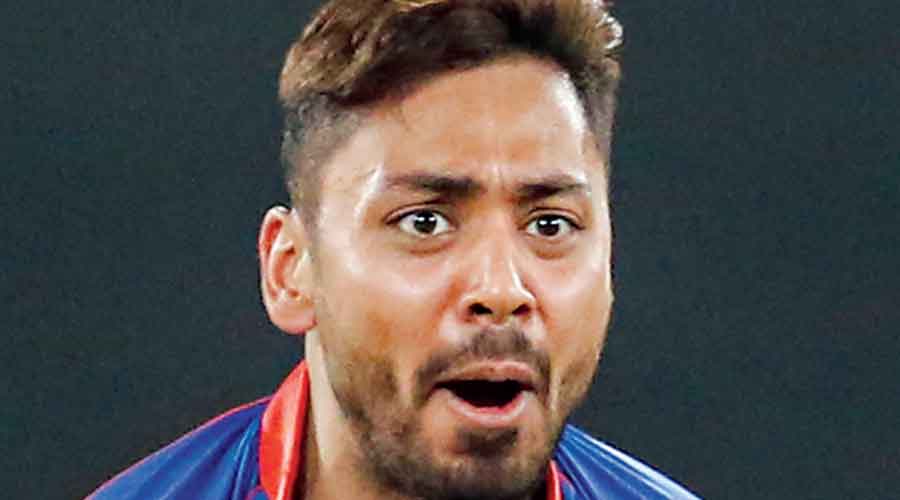 Avesh Khan, 24, currently ranks joint second among the wicket-takers of the ongoing IPL and has impressed one and all with his speed and accuracy. But 10 years ago, the pacer was as erratic with his line and length as one can imagine.

At the MPCA Academy in Indore, a 14-year-old Avesh had bowled 10 balls with all of them far away from the stumps. “Three of them were on the leg side and far wide, while four were far off the off side,” then head coach of the academy, Amay Khurasiya, who represented India in 12 ODIs, recounts the story.

“But one could not ignore his potential. He had that energy and we had to channelise it,” Khurasiya said.

With proper guidance, Avesh graduated from the academy as a talented fast-bowler and also established himself in the Madhya Pradesh senior side. He went on to earn an India A call-up too. He isn’t really a newcomer in the IPL, but it’s in the ongoing edition that he has finally proved his mettle.

In eight matches for Delhi Capitals, Avesh has picked up 14 scalps, eclipsing teammate and premier pacer Kagiso Rabada (8 wickets). He has a better economy rate (7.70) than Royal Challengers Bangalore’s Harshal Patel (9.88), who tops the bowlers’ list with 17 scalps, and Rajasthan Royals’ Chris Morris (8.61), who too has 14 scalps.

What has helped him excel and shine brighter than the bigger names? “Avesh is tall, well-built and has pace. But we found at a certain stage that he was struggling with his fitness, which he was told.

“I’m sure he has worked on his fitness and that is yielding him results,” former national selector Devang Gandhi told The Telegraph.

“It seems he has worked hard on his skills too. He could always bowl fast as even on a docile pitch at the Kotla (in the 2018-19 Ranji Trophy), he had picked up quite a few wickets with his raw pace against Delhi. But he also had this tendency of spraying the ball all around. Now, it appears he has worked hard on that facet of his game to gain more control.”

“In the last one year, Avesh has worked on his fitness, which has helped him to be more athletic on the field and that has reflected on his bowling,” T. Dileep, who was a part of the India A support staff when they toured New Zealand in early 2020, pointed out.