Injury forces Osaka to pull out of Wimbledon 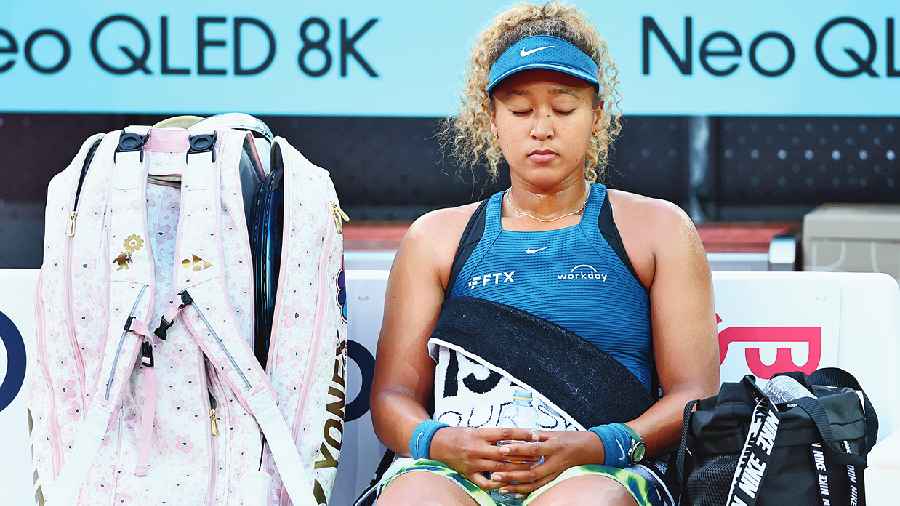 Former world No.1 Naomi Osaka has pulled out of Wimbledon due to a left Achilles injury, the four-time grand slam champion said on Saturday.

Japan’s Osaka suffered the injury in Madrid, forcing her to miss the WTA 1000 event in Rome in the lead-up to the French Open.

Last week she posted a video on social media, saying: “Here’s me running on a underwater treadmill because my Achilles is being stubborn still (sic) I must be aging or something.”

She added on Saturday: “My Achilles still isn’t right so I’ll see you next time.”

The ATP and WTA tours removed ranking points from Wimbledon after the All England Club banned Russian and Belarusian players in response to the invasion of Ukraine.

The stunning decision to reduce Wimbledon to an exhibition event has caused chaos in the tennis world — and has cost the tournament several big name stars.

Wimbledon was cancelled in 2020 because of the pandemic and Osaka skipped Wimbledon last year citing mental health reasons.

She said last month: “I’m leaning more towards not playing given the current circumstances.

“I’m the type of player that gets motivated by seeing my ranking go up.

“The intention of this measure was good, but the execution is all over the place. I’m sure there will be a bit of back and forth with the whole point situation. Then I guess I’ll make my decision.”

Former Wimbledon finalist Eugenie Bouchard has also withdrawn from the 2022 Championships as the Canadian former world No.5 plots her return to the tennis circuit following surgery last year.