Morgan prefers to focus on positives

‘When you look at our batting line-up, we have a number of match-winners, so it’s very difficult to go up the order’ 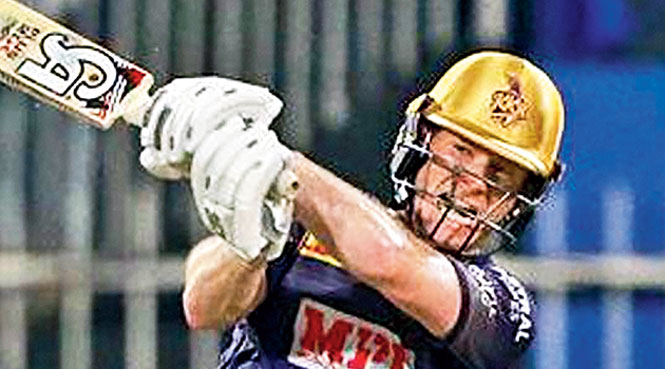 In almost every game Kolkata Knight Riders have played so far, Eoin Morgan came out to bat when not too many overs were left. Captain Dinesh Karthik has been batting ahead of him in spite of being short of runs and not in good form.

Morgan, however, prefers to look at the positive side of things, saying it’s difficult for him to bat up the order as his team boasts of so many “match-winners.” So he doesn’t feel he came out to bat late even against Delhi Capitals at Sharjah on Saturday.

“No, I don’t think so. When you look at our batting line-up, we have a number of match-winners, so it’s very difficult to go up the order. Particularly, when you have a world-class all-rounder in the form of Andre Russell.

“He is an incredible striker and when he comes up the order, obviously everybody else has to shift down a bit,” the England limited-overs captain said at Saturday’s post-match virtual media conference.

Morgan also stood behind the struggling Sunil Narine, who has also failed to deliver so far as opener. “Sunil is the type of player who can produce match-winning innings. It’s never been a string of scores, over the years, but more about his impact in a game.

“He always takes the positive option, which summarises how we want to play our cricket,” Morgan explained.

Morgan believes his team played fantastic cricket and there were a lot of positives to take despite the loss to Delhi Capitals. “Delhi bowled well, to a position of strength and looked like winning it. It just wasn’t meant to be,” he said.

“We move on, we played some fantastic cricket throughout so far, but Delhi have looked more promising early in the tournament. So to come out and produce a fantastic game but not getting over the line, there are still huge positives to take.”

Reflecting on the Knights’ second defeat in IPL 2020, Morgan said: “I don’t think a lot went wrong. To come to Sharjah, you expect a 200-plus in a game and potentially, they got a couple of boundaries too many. But we were still in the game till the final over.

“T20 can be over-complicated at times. I think when you play at a small ground, you can delve into people’s mistake too much.

“So going back and looking at the execution of our yorkers, length balls and bouncers and being honest about how to move forward is important.”

Morgan’s presence at this situation is well and truly crucial for KKR, and maybe it’s time he’s given a bigger responsibility.