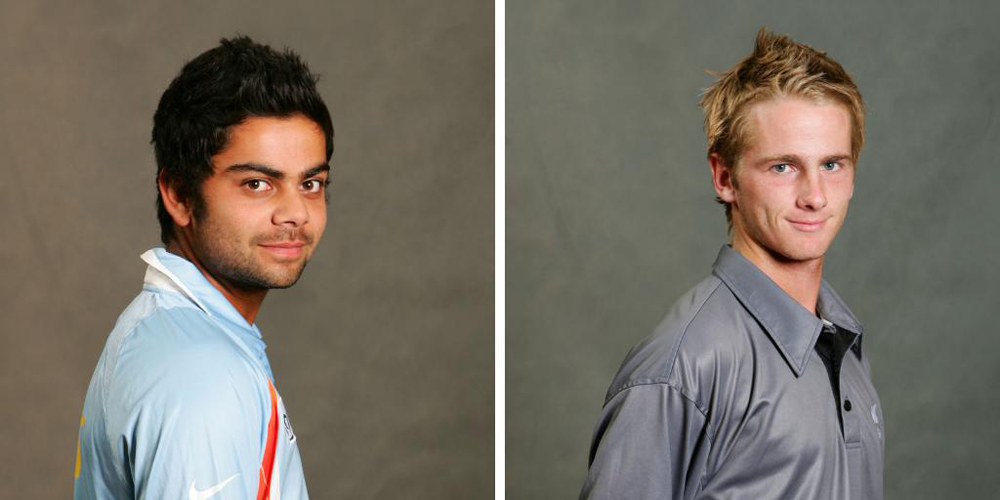 Take a look at this tweet posted by @cricketworldcup, the official handle of the cricket world cups:

11 years ago, #ViratKohli and #KaneWilliamson faced off in the ICC U19 World Cup semi-final in Malaysia.

On Tuesday, they will lead India and New Zealand in the #CWC19 semi-final at Old Trafford!

Now, let us take you on a journey to some 11 years ago when the India under-19 (U-19) team had a face-off with New Zealand at the semi-final stage. Then, India had demolished the Black Caps and won the match by three wickets.

The similarities between the 2008 and the July 9, 2019, encounters are uncanny. Team India was being captained by Kohli and the New Zealand side was being led by Kane Williamson. Both players are captains of their respective sides now. The Indian skipper has been at the top of the ICC rankings for batsmen with five half-centuries in ICC Cricket World Cup 2019. His contribution has been instrumental in the fine run of the team at the tournament. Similarly, Williamson has led his team with the bat. He is capable of leading his side to victory against any team.

We were captained by @imVkohli and New Zealand by #KaneWilliamson

Oh and India won that game by 3 wickets 👊🏽🇮🇳👊🏽🇮🇳

Moreover, India had in its side Ravindra Jadeja, while the New Zealanders had Tim Southee and Trent Boult as members of their side.

This is the first time the two teams will face each other in ICC Cricket World Cup 2019 since their group stage match was washed out by rain. Some on Twitter are still afraId of the rain:

If there is no #IndvsNz match due to rains on Tuesday as well as reserve day then who will qualify?

Many would be hoping that history repeats itself and Team India cruises to the tournament’s final.

In ‘08, under-19 World Cup semifinal, India captained by Virat Kohli beat New Zealand captained by Kane Williamson by 3 wickets.
Will history be repeated on the Tuesday semifinals of the World Cup? #indvsnz pic.twitter.com/psC0OIxoQ6

The Indian Twitterati was supportive of the team:

This match is something special to both of them and the Cricket World. Come on captain, hunt them down. #ViratKohli #INDVSNZ pic.twitter.com/BgkJerhyDU

Others were talking about the stats:

Head to head Ind vs NZ
Total: 8
NZ : 4
Ind: 3
No result: 1
I think it's indias turn to payback
NZ,NZ Ind,Ind, then NZ,NZ, Ind and this time also india#AUSvSA #indvsnz pic.twitter.com/yMrLAgCymN

India climbed to the top of the chart when South Africa beat Australia by a mere 10 runs, much to the delight of fans on Twitter:

There were some who also interested in the second semi-final between the Aussies and England:

Semi-finals are set:
India vs Kane Williamson
Australia vs Toss#CWC19