David Warner ‘just so grateful’ to be playing for Australia again 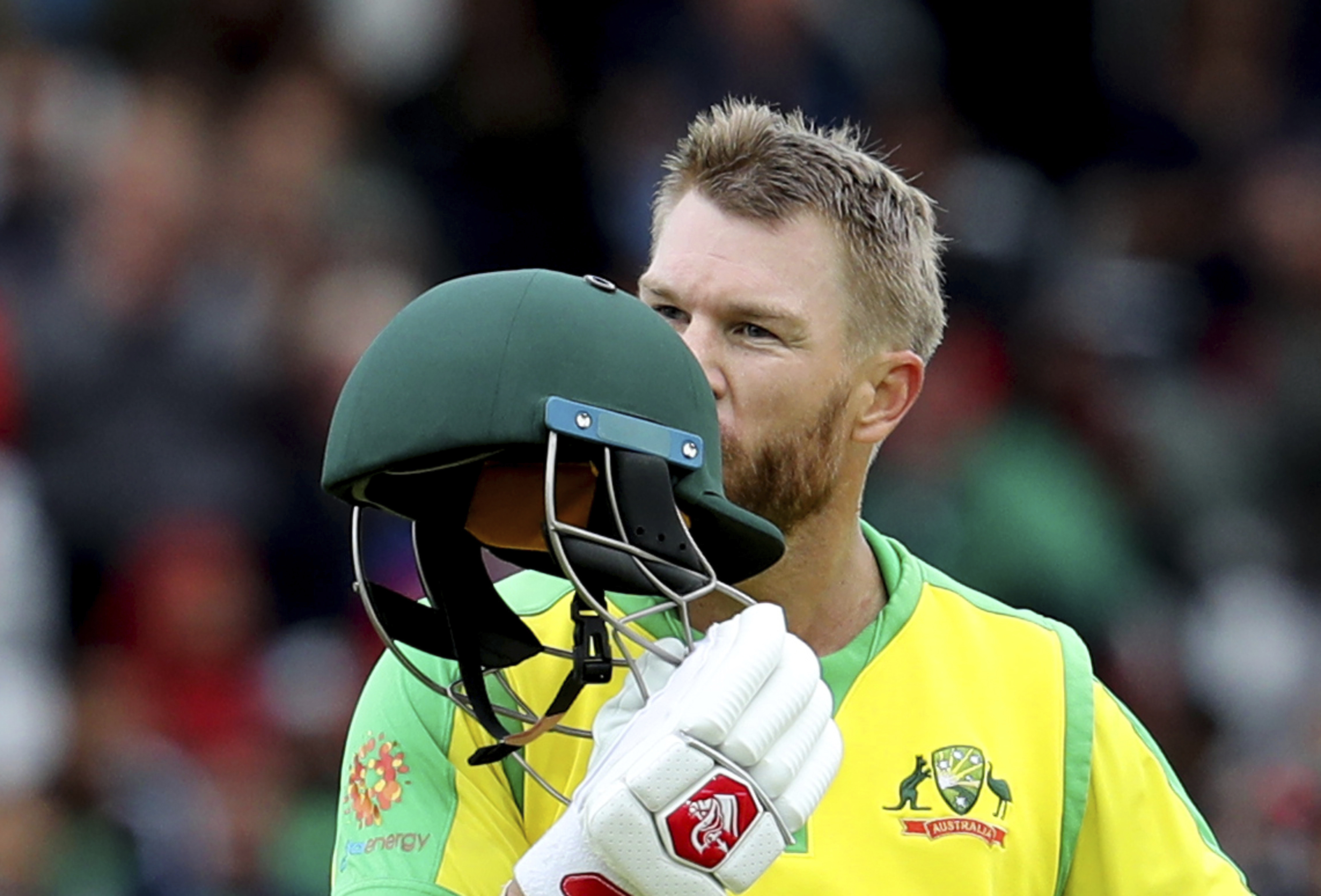 David Warner feels “just so grateful” to be playing for Australia, as he continues to add to his tally of runs in this World Cup.

The latest was his 166 that helped Australia to a 48-run victory over Bangladesh on Thursday.

Warner’s international career came to a sudden halt and there was widespread speculation as well that he might never play for Australia again for his role in the ball-tampering scandal in Cape Town last year. But having completed the one-year ban, Warner has been able to make a very good comeback for the national team, being one of the main characters behind Australia’s consistent showing in the ongoing World Cup.

Acknowledging that 2018 had been a “dark year for Australian cricket”, Warner was asked if there had been any personal benefits to his enforced break.

“I feel a lot fresher. You don’t get a year off… You hardly get a couple weeks off in international cricket.

“I’ve worked hard on my own fitness and taken my mind away from the game… Just the little things of being on time for buses, for aeroplanes, packing your bags, travelling a lot…

“You just let your mind be at ease. And to have time at home as well with my family was awesome and I really enjoyed that,” said Warner, whose wife is expecting the couple’s third child.

“(But) that was obviously a dark year for Australian cricket. And we’ve just got to keep winning for our country, doing the best we can.

“We just can’t be complacent and comfortable. We’ve got to keep moving forward playing our best cricket,” he emphasised.

Warner took 110 balls to get to three figures against Bangladesh, which is relatively sedate by modern standards. “I don’t mean to go out there and bat slowly,” insisted Warner, who jokingly said his teammates now call him “humble” following previous nicknames of ‘Bull’ and ‘The Reverend’.

“I’ve tried to get the calculation of how many fielders I’ve hit in the first 10 (overs). It’s a bit frustrating because you middle one and it goes full pace to the fielder.”

Warner received solid support in century stands from Australia captain Aaron Finch (53) and Usman Khawaja (89), with his skipper advising him to keep going early on.

“Finchy kept on telling me to hang in there, bat deep and bat time. And that was in the eighth or ninth over. It’s generally not my game to just sit there. But there must be a bit more maturity, I think,” the left-handed opener explained.

Warner’s 16th ODI century saw him equal Australia great Adam Gilchrist’s tally of hundreds in this format. “I’m just so grateful for being able to have the opportunity to play for Australia, and to be in the same sentence as that regarding Adam Gilchrist is fantastic and it’s overwhelming,” he said.

“He (Gilchrist) was a bit more of a dasher than what I am at the top of the order. But for me, it’s just about going out there and giving my best, to be honest.

“That’s all I want to be remembered for, as someone who gives 110 per cent when I go out on the field.”