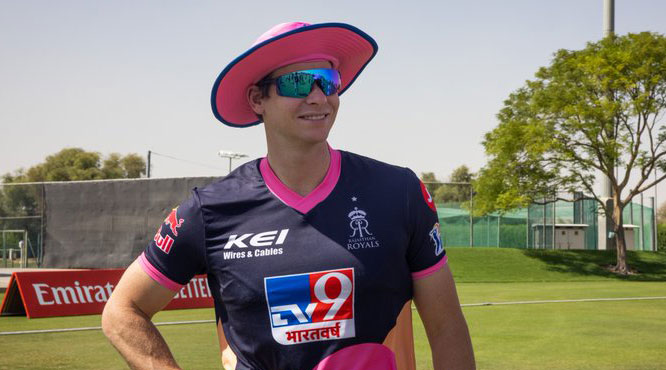 Rajasthan Royals will be severely paralysed when they take the field on Tuesday against Mahendra Singh Dhoni’s Chennai Super Kings.

Missing from the Royals’ line-up will be big impact players Ben Stokes and Jos Buttler. Matters could have been even worse for them as there was a question mark on captain Steve Smith’s availability as well. But as of Monday, the Royals it seems will at least have the luxury of having the services of their captain, a champion batsman.

Smith has recovered from a concussion suffered during the England-Australia series and hopes to be back in action on Tuesday.

Royals’ coach Andrew McDonald was understandably elated with Smith’s availability. “Fantastic news that Steve is available. It’s fantastic especially on the back of some setbacks back in the UK. It’s obviously great to have your skipper available for the first game as I’ve said before we are in really good hands.”

But there’s no such good news regarding Stokes. The English all-rounder is set to miss at least the first half of IPL 2020 as he has to be

with his ailing father in New Zealand. Stokes’ all-round abilities are priceless and it will be difficult for the Royals to fill that gap.

Stokes’ compatriot Buttler will be missing the first game as he arrived in the UAE separately with his family and needs to undergo a 36-hour quarantine period in Dubai.

The Super Kings had appeared somewhat similarly depleted ahead of their first game against the Mumbai Indians, but a resounding victory in that match has put a blanket on all such worries.

Despite missing Suresh Raina, Harbhajan Singh and Dwayne Bravo, Dhoni led his team to a five-wicket win over the defending champions.

But it is their pool of Indian players who need to inspire confidence. The likes of Sanju Samson, Robin Uthappa, Jaydev Unadkat and Varun Aaron have not really set off fireworks in the IPL sky and the onus will be on them to make an impact.