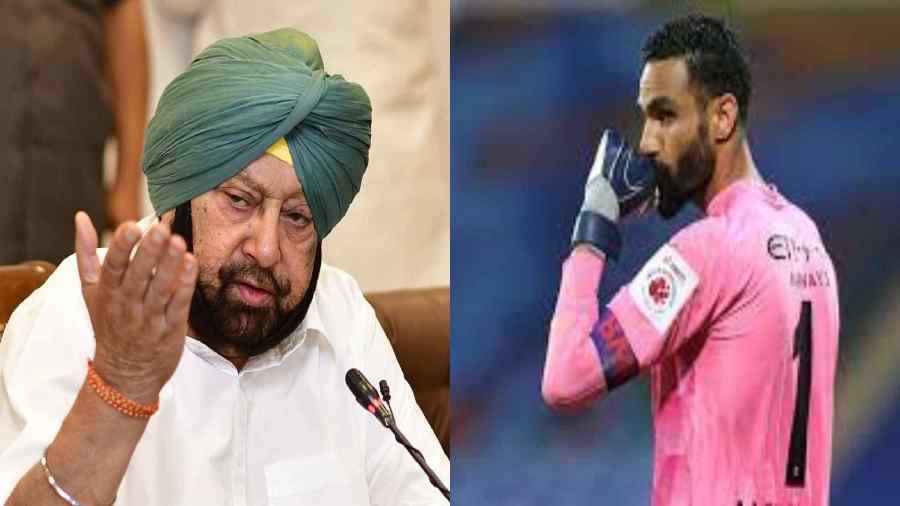 The headache of Captain Amarinder Singh stepping down as Punjab chief minister is no longer exclusive to the Congress party. The political development is giving the Indian football team goalkeeper Amrinder Singh a tough time.

The shot-stopper, who recently joined ATK Mohun Bagan from Mumbai City FC, has been repeatedly tagged by journalists and media persons on Twitter. Things came to such a pass that Amrinder had to issue a statement on social media.

Taking to Twitter, he said, "Dear News Media, Journalists, I am Amrinder Singh, Goalkeeper of Indian Football Team and not the Former Chief Minister of the State Punjab. Please stop tagging me."

and not the Former Chief Minister of the State Punjab 🙏😂 Please stop tagging me.

Ex-Punjab CM also commented on the matter and tweeted, "I empathise with you, my young friend. Good luck for your games ahead."

Recently, FC Goa goalkeeper Dheeraj Singh had replaced Amrinder in the 23-member India football squad for the SAFF Championship to be held in Maldives from October 1.

Midfielder Udanta Singh, who missed the two international friendlies against Nepal earlier this month, made the cut for the October 1-16 regional tournament.

Defender Akash Mishra, midfielders Bipin Singh and Pronay Halder were the other players left out of the squad. Bipin took ill a few days back and even though he has recovered, the team management thought it would be better to give the Mumbai City player more rest.