The Spaniard started his quest for a record-extending 13th French Open title with a straightforward 6-4, 6-4, 6-2 first-round win against Belarusian Egor Gerasimov 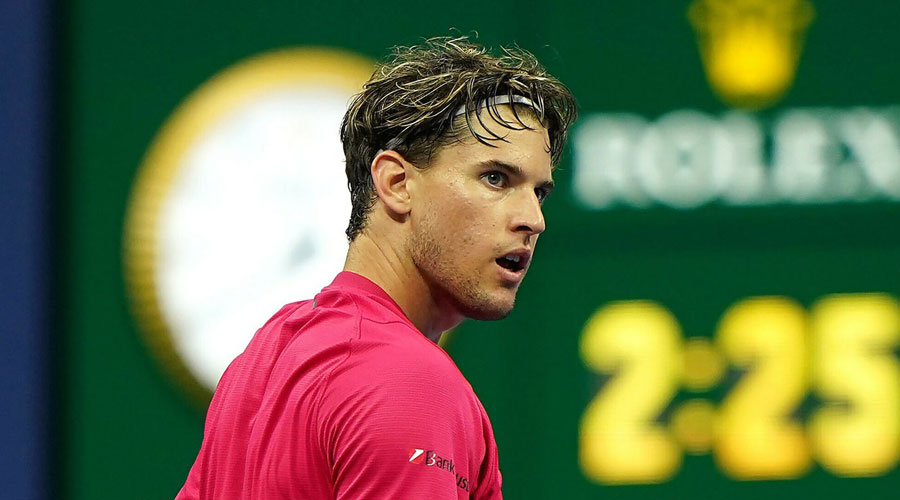 The Spaniard, looking to equal Roger Federer’s record of 20 Grand Slam men’s singles titles, is used to slow starts at Roland Garros and this year’s debut was no different. On the revamped court Philippe Chatrier, whose roof stayed open throughout, Nadal converted all of his five break points. The second seed, who had complained about the new balls being too heavy, did not appear too bothered in front of some 200 fans, wrapping up the match with a service winner.

Austria’s Dominic Thiem showed no signs of a hangover from his US Open triumph, as he began his campaign with an impressive 6-4, 6-3, 6-3 win over Marin Cilic.

Third seed Thiem, beaten by Nadal in the last two French Open finals, was handed a tough first round against the Croatian former US Open champion, but found his groove under the roof on Court Phillipe Chatrier.

Serena Williams, seeded sixth, battled sluggish conditions to defeat fellow American Kristie Ahn 7-6 (7-2), 6-0. Playing against an opponent she defeated at the same stage at the US Open less than a month ago, Serena found herself trailing twice in the opening set at the Court Philippe Chatrier but rallied each time to force a tie-breaker.

Serena, who has won three of her 23 Grand Slam singles titles at Roland Garros, raised her level in the tie-breaker and did not look back from there, handing the 102nd-ranked Ahn a bagel in the second set.

Fifth seed Kiki Bertens recovered from a poor start against debutant Katarina Zavatska to reach the second round with a 2-6, 6-2, 6-0 victory. The Dutch was all at sea in the first set as the 20-year-old Zavatska took advantage of her errors in the first set.

But claycourt specialist Bertens, a semi-finalist here in 2016, began to shake off the rust to take the second set. Zavatska just faded in the third set.

Czech seventh seed Petra Kvitova put in a power-packed show to beat Oceane Dodin 6-3, 7-5. The 30-year-old last played in the US Open on hardcourts and arrived in Paris without participating in any lead-up events on clay.

American Coco Gauff made an impressive return to the Grand Slam stage when she brushed aside last year’s semi-finalist Johanna Konta 6-3, 6-3.

US Open runner-up Alexander Zverev overcame a slow start to launch his challenge with a 7-5, 6-2, 6-4 victory over Austrian Dennis Novak. Zverev, who had not played on clay for almost a year, trailed 1-4 in the opening set.