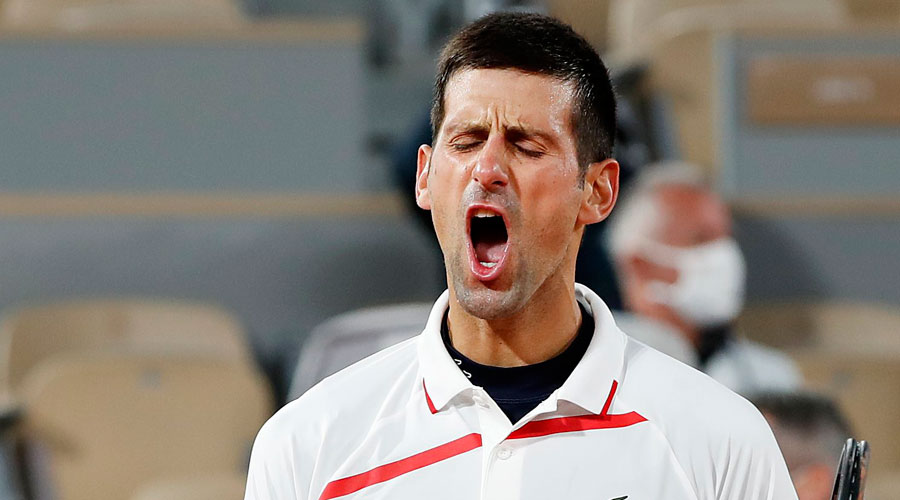 Injury worries clouded Novak Djokovic’s hopes of a second French Open title as he said he had suffered neck and shoulder problems during his laboured quarter final win over Spain’s Pablo Carreno Busta on Wednesday.

The 33-year-old top seed walked out on to a chilly Court Philippe Chatrier with the back of his neck taped and he also needed treatment on his upper arm during the match.

It looked as though Carreno Busta was primed to cause an upset when he won the first set but Djokovic survived to win 4-6, 6-2, 6-3, 6-4. He will play fifth seed Stefanos Tsitsipas in Friday’s semi-final.

“I definitely didn’t feel great coming into the court today. Few things happened in the warm-up,” Djokovic, who looked restricted especially on his trademark backhand early on, said.

“As the match went on, I felt better, didn’t feel as much pain. Especially for set and a half he was the better player, dictating the play. I was very neutral.”

Asked exactly what the problem was, Djokovic said: “I had some neck issues and some shoulder issues. I don’t want to get really too much into it.”

But Carreno Busta suggested that Djokovic was play acting. The Spaniard questioned whether the world No 1 was suffering from enough pain to warrant a visit from the tournament physio during the match.

Carreno Busta was the player standing on the opposite side of the net last month when Djokovic was defaulted from the US Open for hitting a line judge.

“In the last years he is always doing this when he has problems on the court,” Carreno Busta said. “I don’t know, maybe it’s the pressure or something that (means) he needs to do it. But he continues playing normal. I don’t know if he has pain really or (if) it is mental.”

Djokovic has a history of fighting through apparent physical adversity on the court. After losing the 2015 Australian Open final, Andy Murray — who has been accused himself of similar gamesmanship in the past — admitted that he was distracted in a winning position by the sight of Djokovic cramping.