‘I have been blessed to play with a lot of groups’ 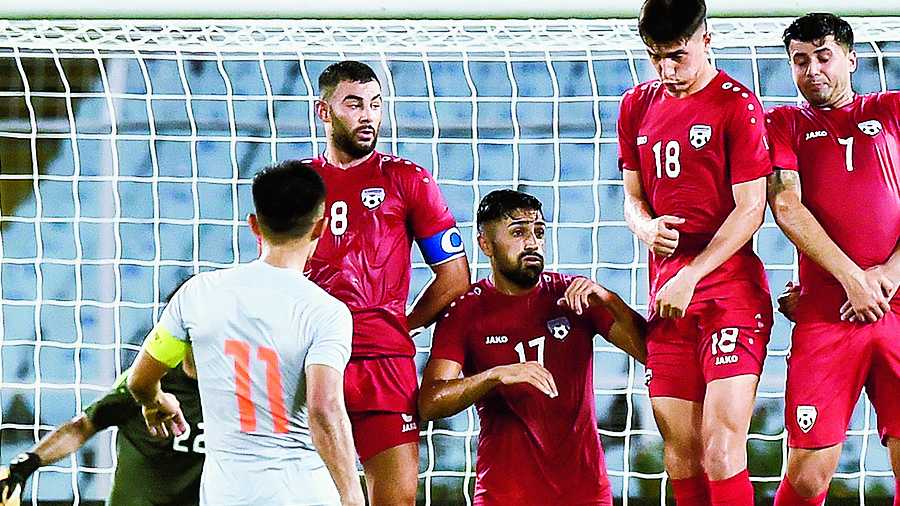 Afghanistan’s 88th-minute equaliser against India in the AFC Asian Cup Qualifier had Sunil Chhetri thinking they might have to leave the pitch with points shared. But then substitute Sahal Samad scored in the injury-time to enable India record a last-gasp win at the Salt Lake Stadium on Saturday. Captain Sunil Chhetri had given the lead with a delightful free-kick in the 86th minute.

“Thought we would end up sharing points. Sahal (Samad) kept his composure. The build-up was good for the winner. It wasn’t easy. The substitutions (made by coach Igor Stimac) paid dividends. We were staring at one point and then got three! I am really very happy with the performance,” Chhetri said after the match.

In these 17 years, Chhetri has played with many groups of players in the national team. He feels the current group is an enlightened one and knows what its strengths and weaknesses are.

“I have been blessed to play with a lot of groups. This one is a very aware one. It’s a group which knows exactly what its strengths and weaknesses are and works really hard.

“Slowly and steadily, everyone is cementing his place. It’s really good to be in the midst of all the boys here. You can learn so much from so many of them,” he said.

Chhetri got his 83rd international goal on Saturday but praised the teamwork for his consistent success. “It’s not about me, it’s the whole team. Everyone chips in. I have a specific role which I try to do. We try to be in sync and become a better team. That’s the target,” he said.

India are second in Group D with six points with Hong Kong on top on a better goal difference. On Tuesday night, the top two cross swords and the winners will earn a direct berth to the Asian Cup finals. They can also qualify by finishing second but will have to depend on the results of the other five groups.

“We will rest, recover, and have a look at the videos. Hong Kong are a good side, but we are at home, and will be backing ourselves. All the fans will be there too,” Chhetri said.

Coach Stimac was all praise for his squad at the post-match news conference on Saturday night.

“We need to keep playing like this. We need to enjoy the football and fight for the country with pride and honour. Look at Manvir (Singh). He didn’t have a good game against Cambodia. But he reacted well today (Saturday). I need players to fight for the country, sprint for us, challenge the opponents and make the centre-backs feel the tackles. That is why he is out there. That’s why I’m proud of him. I’m proud of the players who can react after being criticised,” the Croat said.

Stimac added: “We showed character, resilience, willingness and a good spirit on the pitch. Everyone was wonderful…”