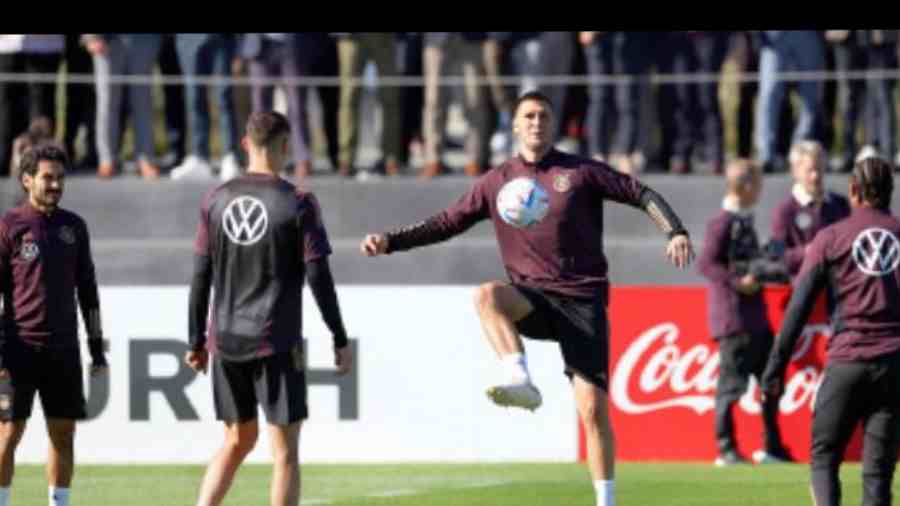 Germany goalkeeper Manuel Neuer and midfielder Leon Goretzka will miss their Nations League matches against Hungary and England in the coming days after testing positive for Covid-19, the team said on Wednesday. Both players would be leaving the team hotel, team spokesperson Franziska Wuelle told a news conference.

The tests were carried out after a close personal contact of one of the players recorded a positive test. Recent contacts of the players will now be tested daily. Hoffenheim keeper Oliver Baumann had been called up to replace Neuer while there would be more call-ups later, the German Football Association (DFB) said. Julian Brandt has also withdrawn from the squad with flu, but has tested negative for Covid19.

Neuer was set to be one of 10 national team captains to wear a rainbow ‘OneLove’ armband in this month’s Nations Leagues matches in a statement against discrimination and for diversity. Skippers from Germany, Holland, Belgium, Denmark, France, Germany, Norway, Sweden, Switzerland and Wales are taking part in the gesture over the next week and at the World Cup in Qatar.

Neuer, 36, has played every minute of the current Nations League campaign so far, while Goretzka — who has 44 caps — started two of the matches in June and came on as a substitute against England in Munich. The Germans play Hungary on Friday before travelling to England on September 26 as they fine-tune the team ahead of the World Cup in Qatar starting in November.

Jack Grealish admits he hasn’t been at his best since joining Manchester City but insists he handles the pressure well and has a “great relationship” with Pep Guardiola. He was already in the spotlight before last summer’s £100m move to the Premier League champions from Aston Villa, but the attention on the England international has only intensified since.

The 27-year-old scored his first goal of the season in Saturday’s 3-0 victory at Wolves and despite winning the title during his first year in Manchester, he admits his form needs to improve. “I think I deal with pressure well, but I do feel like I can start playing a lot better,” Grealish said at an England news conference ahead of a double-header against Italy and Germany. “I haven’t been playing at the top of my game since I’ve moved to City, but I’ve shown glimpses of it and over the next two months especially, I’m just going to try to get my head down as much as I can and hopefully good things will happen.” Grealish seems to take everything — both good and bad — in his stride, which he will continue to do in England’s crunch Nations League matches this month.

England will be relegated if they lose Friday’s match against Italy before taking on old foes Germany on Monday. “It’s something we’re obviously aware of but something that we’re all embracing,” Grealish said. “I’m sure Gareth Southgate has got certain players who are 100 per cent to go to Doha and then there are places that are still up for grabs. We’re just all training as normal.”