Frenkie de Jong and Pedri also scored for the Catalans, who looked much improved after struggling at the start of the season 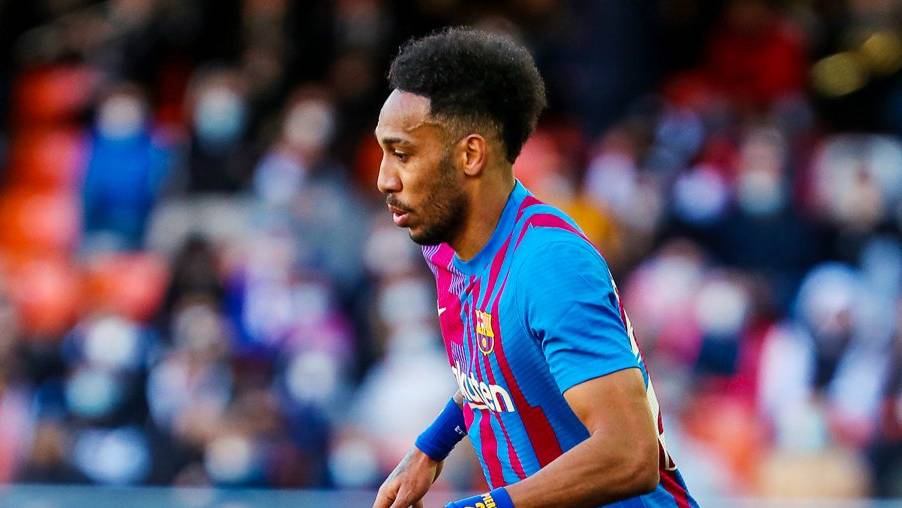 Pierre-Emerick Aubameyang scored his first two goals for Barcelona in a convincing 4-1 win at Valencia on Sunday, lifting his side to fourth place in La Liga. It was the eighth and ninth goals of the season for the former Arsenal striker, who last found the net for the Gunners in October in a 3-1 win over Aston Villa.

Frenkie de Jong and Pedri also scored for Barcelona, who looked much improved after struggling at the start of the season. Carlos Soler scored a consolation goal for the hosts.

The win lifted Barcelona into fourth place on 42 points from 24 games, tied with Atletico who are fifth on goal difference. Real Madrid top the table with 57 points.

Second-placed Sevilla’s title ambitions suffered another blow after they were held to a 1-1 stalemate at Espanyol, a fourth draw in their last five league matches. Real dug deep in a 3-0 home win against lowly Alaves, scoring all three in the last 27 minutes of the game after the visitors gave them a few scares early on and threatened to pull off an upset at the Bernabeu on Saturday.

Marco Asensio roused the Bernabeu in the 63rd minute with a brilliant curled shot into the top right corner from outside the box. Vinicius Jr extended the lead in the 80th minute, and Karim Benzema added one more with a stoppage time penalty kick.

“Our fans want us to win every match and we have to deliver, we are used to the pressure, and in the second half they gave us the support we needed to win,” Dani Carvajal told reporters.

“I understand the fans being upset, in Real Madrid the highest level is a must,” Carvajal said, referring to booing from the stands after a goalless first half against the second-from-bottom side.

While the result may have looked comfortable, Real looked tired and sluggish from the start, managing only two shots on target in the first half.